Save
Burning Man Selects Design for 2018 Temple
Share
Or
Copy

The design of the main temple at Burning Man 2018 has been revealed: Galaxia by architect Arthur Mamou-Mani.

Designed using 3D parametric software, the pavilion is formed from 20 timber trusses that spiral in toward a central point the reaches toward the sky. Starting on the ground, the triangular trusses span large enough distances to create a series of spiraling paths toward the center of the structure, where a giant 3D-printed mandala will be displayed. The spaces in between the truss members will also be large enough to serve as alcoves. 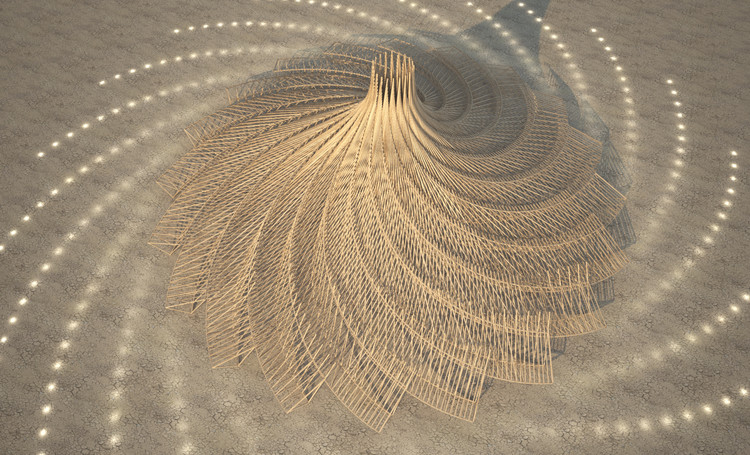 “Galaxia celebrates hope in the unknown, stars, planets, black holes, the movement uniting us in swirling galaxies of dreams,” explains Burning Man Journal. “A superior form of Gaia in Isaac Asimov’s Foundationseries, Galaxia is the ultimate network, the fabric of the universe connecting living beings into one entity.” 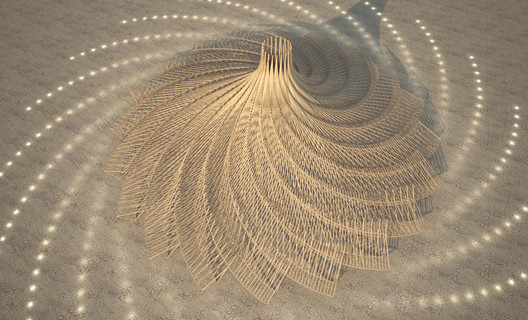