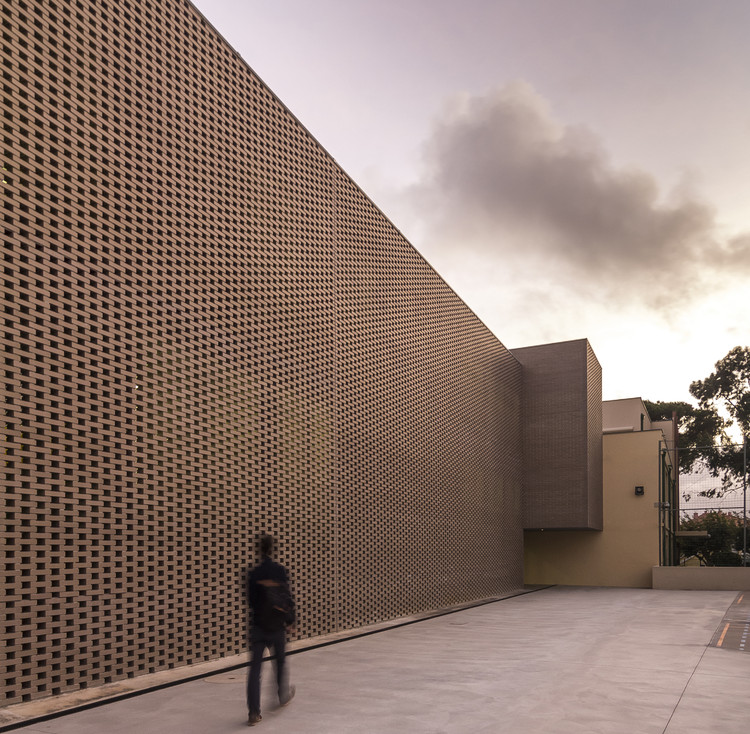 Text description provided by the architects. Dos Plátanos is a school in Sintra which educates children from the age of 3 to 14; the project consists of the expansion and reorganization of the school. Having acquired a set of low quality buildings east of the existing school, the client intended to demolish them and expand the school complex eastwards, adding a series of new classrooms, complementary spaces and sport facilities. During the design phase the client changed course and decided to maintain the east buildings and commissioned a new construction of smaller scale, connecting the east and west buildings, the construction had to occur in two phases, allowing for a reduced investment as our country was facing an economic crisis. This decision also required the development of an intermediate structural solution and controlled demolitions in order not to interrupt the daily school operation; only with the conclusion of the second phase would the entire complex be fully articulated.

The new building is simultaneously a connection and articulation point; connects the east and west buildings and articulates the levels of the south outdoor courtyard, the sports area to the north and the covered outdoor area to the east.

The client set the use of natural ventilation as a requisite, as well as the protection of the northern openings, given the proximity to the sports area. We chose to create a permeable brick facade that allows air to flow for the natural ventilation of the building, illuminates the northern rooms, protects the windows and hides the necessary ventilation grids. To the south exterior shading slabs and interior screens were used in order to control the light intensity in the classrooms.

The concern with materiality is also foreseen inside the building; the preschool classrooms are covered in cheerful, bright colored panels. The walls are also coated with a material that simultaneously allows acoustic conditioning and the display of the children’s works, in an attempt to enhance the appropriation of the space. The outside spaces will be designed later on. 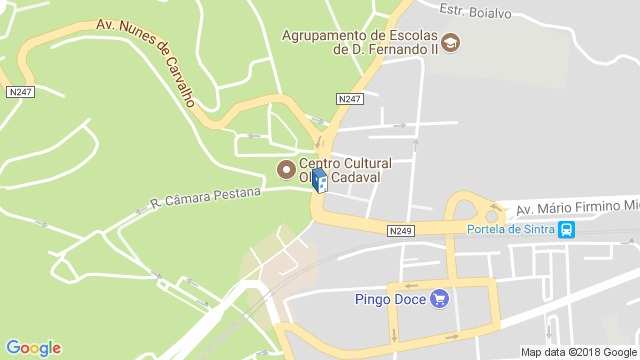 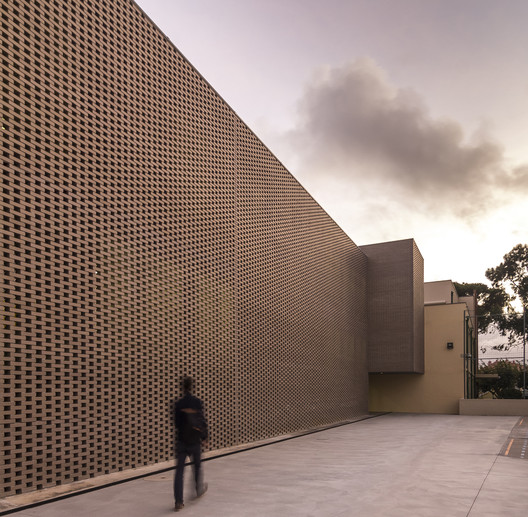