Elizabeth de Portzamparc has been selected as the winner of an international competition for the design of the new Taichung Intelligence Operation Center in Taichung, Taiwan. Conceived as a ‘vertical interconnected neighborhood,’ the tower grows from a series of terraces at its base that turn to become the facade.

Viewed as an extension of the city, the five levels of the podium will be accessible to the public, offering a variety of retail and restaurant options as well as access to the 24,000-square-meter Digital Cultural Center. These spaces will be connected by a series of ribbon-like ‘vertical streets,’ passing through spacious, light-filled atriums and connecting to rooftop green spaces. 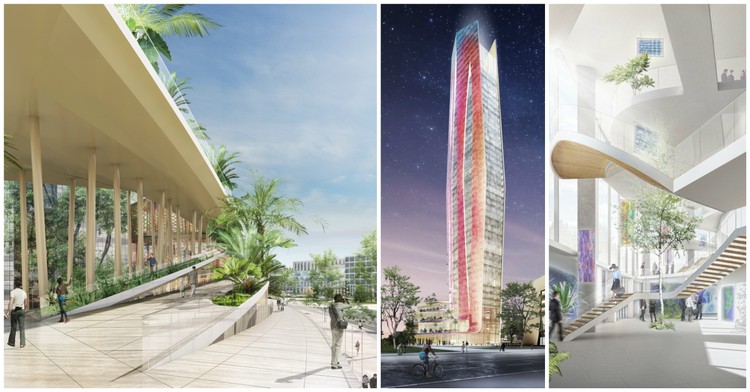 The overall form of the building is determined by three main criteria: protection against and harnessing of wind, views and solar optimization for natural light and shading. Surrounding the central core, a load-bearing exoskeleton provides reinforcement against wind forces and directs them for use in cooling and refreshing the building’s inner spaces.

Inside, spaces are designed for maximum flexibility. By pushing structural systems to the outer walls of the building, interiors remain open and free to adapt to a number of uses. This also allows floor plates to change in shape and size, creating vertical connections within the tower’s micro-neighborhoods. Cladding the structure, a back-lit glass facade will give the building a digital aesthetic and allow for control of light into the building.

The architects refer to the project as an architectural manifesto for a ‘fourth generation’ skyscraper, which is defined by its openness, integration into its context and the city, and being made up of smaller neighborhood units conducive to social interactions.

“The tower is no longer an interruption of urbanity, a parenthesis in the city; it becomes an extension of it.” 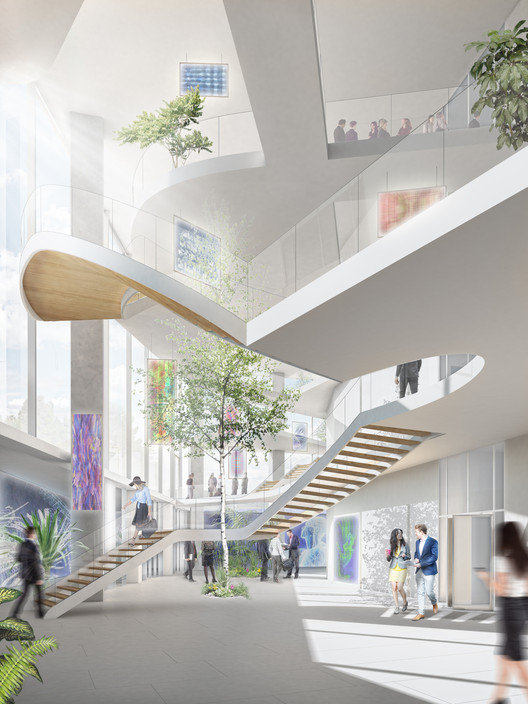 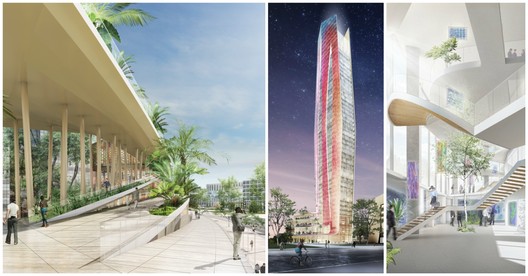