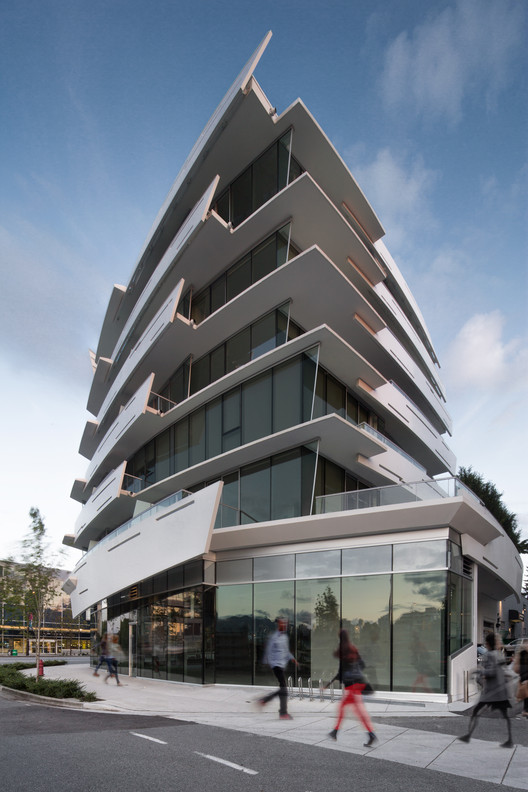 Text description provided by the architects. A once forgotten site sitting adjacent a new underground rapid transit line, this project sits on the southern gateway of Vancouver’s grand Cambie boulevard. This commercial/residential mixed-use project presents an avant-garde building form of cascading post-tensioned concrete cantilever floors and a layered screen façade that reflects light and distorts the boundaries between interior and exterior.

Designed to capture the vortex energy of the neighbouring bridgehead, building vocabulary is sweeping and spiraled to capture the energy created by the adjacent bridge ramps. Edges are curved and fragmented to evoke the idea of movement, as if the energy of the street itself is pealing the surfaces of the building apart. The building turns its corners in prow-like forms that track sun-angles and provide passive horizontal and vertical sun-shading.

FAÇADE: The solar signature of each façade was carefully mapped and the result was a tailored system that is not only an effective passive solar control tool, but also serves as a privacy screen from the bridge traffic to the north east, while opening to views to the north west.

LIGHT ART: The building form is emphasized through a light art installation by light artist Tamar Frank that recalls the frenetic movement of head and taillights. 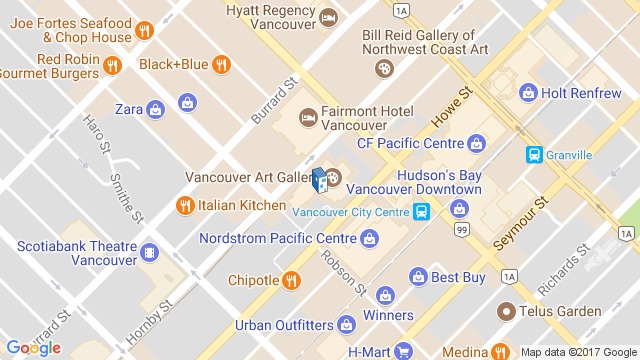 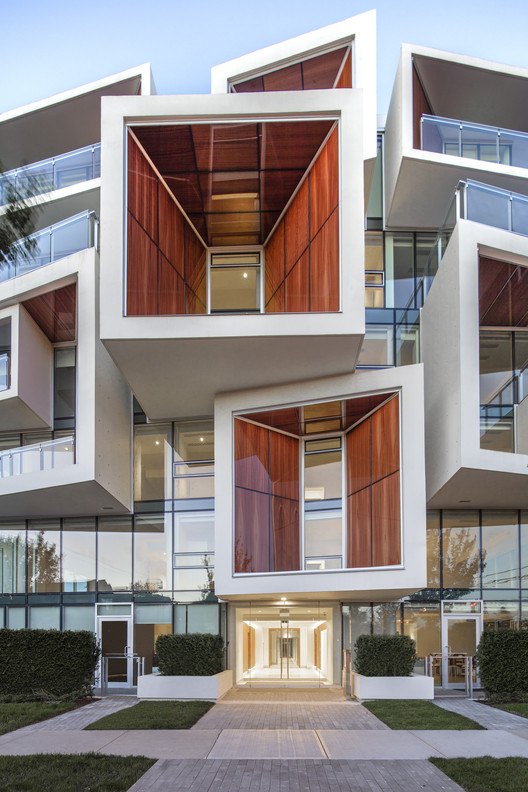