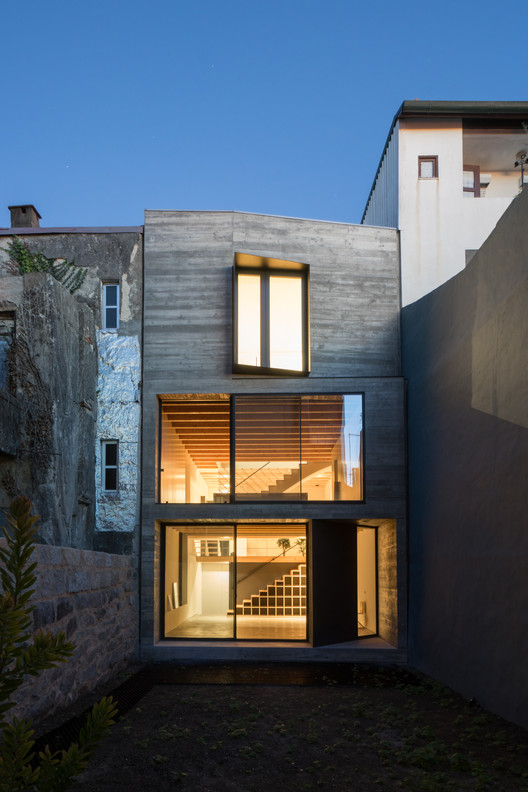 Text description provided by the architects. Four vertical planes open to the sky. Structural parts, trusses, boards, partitions and staircases of wood had been subtracted from its core, the surrounding shell stayed though contaminated by excessive deformation. Even if it may seem odd, the way light was passing through the “no cover” was absolutely spectacular. The sun was entering with all its strength burning the remaining woods, and filling it with shades uncommon in the houses of Porto that we had seen. These were the fragments that had been visualized in the first impact with that place, and then the project started around the idea of this house that looks in itself.

A staircase trims in curve a wooden slat plane that interposes in space, but before that, what precedes it is a transversal gap, a void of 8 meters of height and the total width of the house, that is characterized for having white and reflecting surfaces where solar light moves crossing its different levels. While the eye is directed, vertically, for this exact gap, another one is perceived in the space: a horizontal aperture provoked by the half-rise of a platform in wood, valuing the concrete ground level, in times a dark floor, and now enabling visual communication from the entrance to the exterior.

In this exterior, a monolithic block of concrete is presented, drawn to the similarity of a granite mass, with the marked imprints of the texture of the pine boards, and standing out two black triangles of its composition. The interior space is designed with simplicity and contrasts of grey and black colors, between the planes of pine boards and laminated joists that make the structure of the floors. 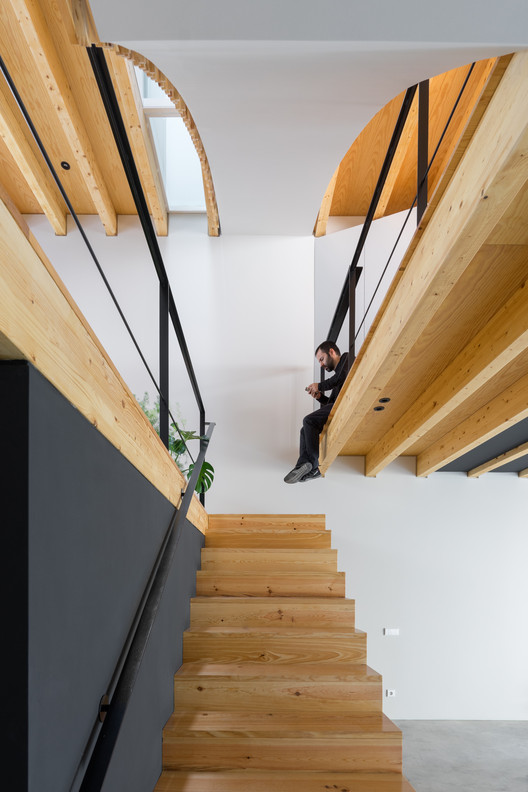