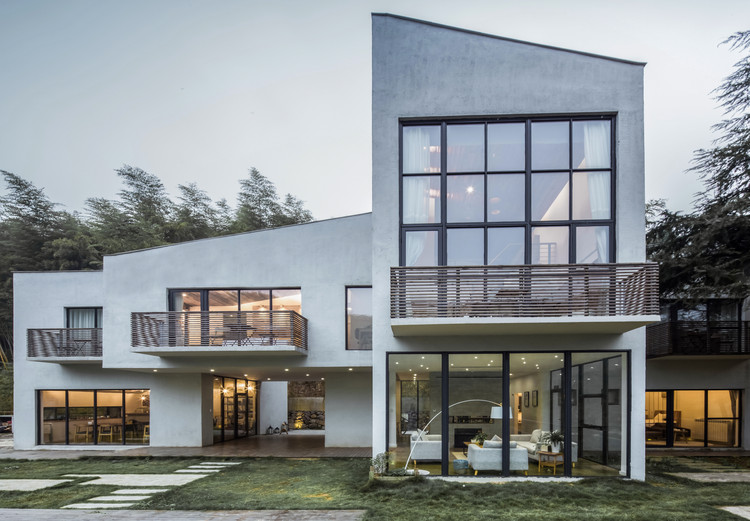 Background
The site is located on a mountainside beside the South Road Village in Mogan Mountain, Zhejiang Province, with unique scenery and wide vision. The original site is very narrow, and the architect wants to create as many spatial orders as possible in a relatively small space. The original site was split into three parts, and then forms three courtyards. Three different courtyards form a loop ring. The ring constitutes a garden path around the house. The original two-story prototype of the old house was split into several basic units that, when combined, formed a new internal space and external form. Yards and houses are two elements of the site, and architect hopes to reconstruct these elements to explore the new state of architecture's inner world and the natural landscape's external world.

Site
The site is located on a mountainside near the South Road Village Road in Mogan Mountain and is adjacent to a country road with beautiful scenery and wide vision. The original old building was built in the 70s of last century, is a mixed structure of brick and wood. The main structure of the building has been tilted, the interior decoration is very old, and so the owners consider rebuilding them.

There’s a small space to the south of the original old house. It is the terrace and yard when the owner did the work. It is also the main entrance of the main house. There is a ten-meter tall pine tree on the east side of the terrace. The house, the yard and the pine are the main elements existing in the site of the owner's past life. However, the functions of the site now and in the future have been changed from the functions of the farm life. Therefore, architect considers the interrelationship of the three element of the site.

Garden
Extroverted village relationship of space and introverted courtyard space order are the important components of the traditional oriental architectural space. The architecture and the courtyard are an interdependent symbiotic relationship.

In relatively small and simple space, architect wants to create as many spatial sequences as possible. The original site of the outdoor platform is divided into three parts, forming three different properties of the courtyard. Mountain garden, bamboo garden and pine garden scattered and interspersed around the house.

Mountain garden at the entrance is the first courtyard along the ramp into the site. Here is an open field of vision, you can look the bamboo mountain; the second courtyard is the bamboo garden which located in the north of the long field. The courtyard is surrounded by the hillsides and buildings on the north side, where you can observe the backside bamboo mountain. The third courtyard is the pine garden. There’s a ten-meter tall pine tree in the courtyard. Pine, both cedars, is also relaxation. Wind blows, pine leaf whirling.

From far to close, stay calm and listen to loose. The three courtyards form a closed-loop path. Hold off before starting up. The starting point of space is also the end of space, and the multi-level spatial sequence in buildings and courtyards is integrated into new places.

Architecture
The name of the building “Lin Qi Gu Yin” is taken from the sentence of an ancient book written by WANG DIBAO who lived in the Five Dynasties (907-960) .The project is independent of the periphery of the village and has a not very big volume. The house owner hopes that the house will not be isolated and closed after being built, but the atmosphere and space in the village will also be felt.

The original old house has local roof form which is double slope roofs, is the basic form of ancient houses in Jiangsu and Zhejiang province. In the project, there is no other village in the surrounding area. Local policy stipulates that the volume of new buildings cannot exceed the volume of old buildings. The architect disassembles the original building volume into several basic geometric units and combines them into a three-dimensional miniature village. The interior and exterior forms of the building are reconstructed. The roof of the building fluctuates in elevation and echoes with the mountains behind.

The house and the yard are scattered, and the pine tree in the terrace before are cleverly preserved. The middle volume of the building like a stretched out hand. The southern facade opens to a large, transparent window to the outside world where you can view bamboo forests in the distance. Renovated roof is also a scene in the mountains, attracting friends come to visit. The main body of the building recedes, hidden in the mountains and forests.

In the external environment, the house presents a vague presence forward and backward, which can not only be vaguely perceived, but also cannot be seen in the whole picture, looming.

The architect opened the ground floor space to form an overhead corridor. The corridor linkeds the courtyards back and front, while the restaurant and living room, reading area and other functions separated from each other.

Throughout the village, no matter big or small, are like natural growth, different forms, not stereotypes. The architect hopes that each "household" in the reconstructed "village" will have a different space. Different rooms, different windows; different views, different moods.

Thinking
In past villages, skilled craftsmen gathered and were able to take charge of each. The construction techniques of the house, the nice design of gardens, and the planning and layout of the village were not in any way inferior to the city in many respects, leaving behind a large number of "no-design" designs.

The "oneness of man and nature" pursued by the ancients is hard to match. Perhaps we may try to let go of the form and not to construct it for architecture. It is only for the place, to interpret a purely natural relationship with nature in a modern language and integrate it into the environment and regard nature as a teacher. 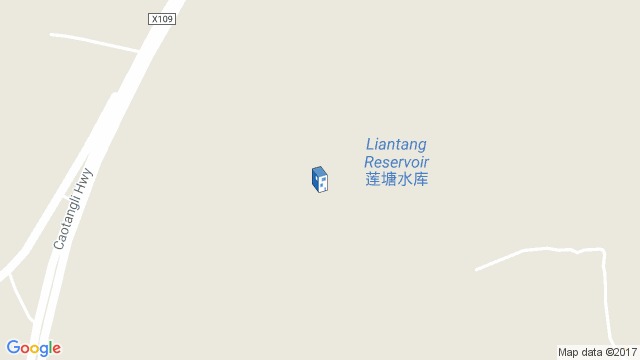 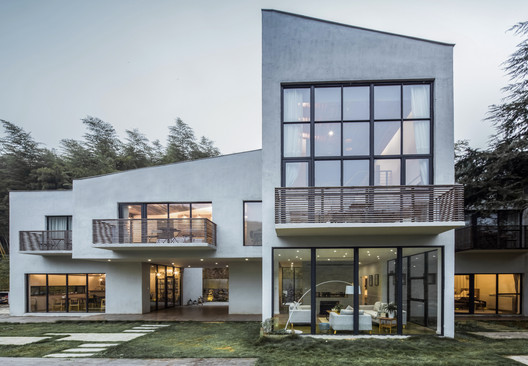