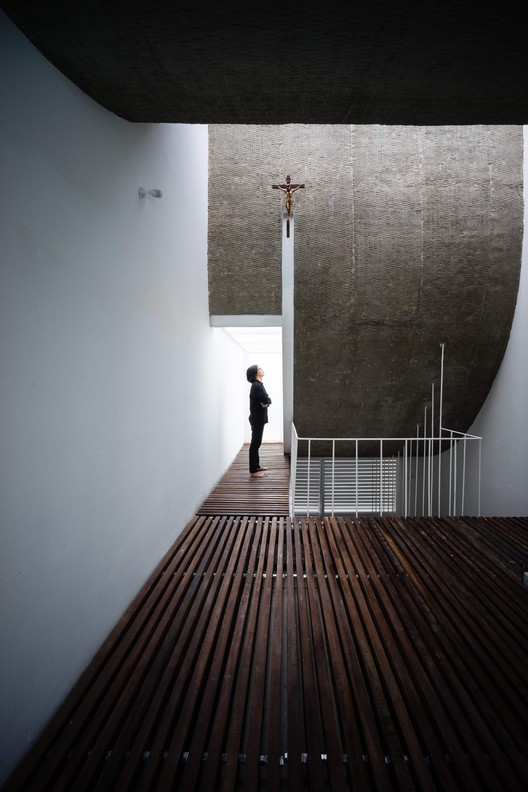 "I believe in God. Only I spell it Nature." -Frank Lloyd Wright. The family members are all Christians. To them, belief is the most important. They want this new house to be modern, on the other hand, it must contain tradition.

Studying the context and the Investor life, the quest for the architects is to find “God” in “Nature” and bring Him to form, in Nature: Light, Wind, The Green,...

Inspired by the space order of the traditional house, with patios, intermediate spaces, louver doors ... are "transformed" to a “Cover”, fitting the needs of living.  The “soft-cover”, takes the role as an in-out environment filter as well as enhancing the interactions between homeowners and neighbors.  The voids in the house are the “storage” for future "changes". The separating-wood floors are used instead of the concrete, solid floors. Through the voids, Nature, in form of lights and winds, spreads throughout the house. Wherever the place in this house, people can feel Nature surrounding them, changing as time goes by.

With this, the bonds, the connections, the communications between people are strengthened.