The Danish/Belgian team of COBE and BRUT has been selected as the winner of an international competition for the transformation of the Place Schuman, the entrance to the European Union headquarters in the European Quarter of Brussels, Belgium.

Aimed at creating a new “urban agora” for the city, the architects borrowed the shape of the European Parliaments’ hemicycle to create an iconic reflective roof structure that will unite all citizens and institutions of the EU within one central meeting point. 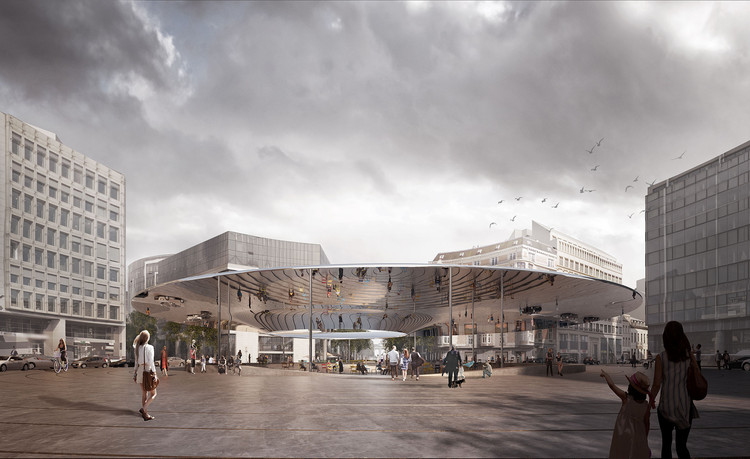 In its current existence, Place Schuman consists of a busy roundabout that is largely unoccupied and unwelcoming to pedestrians. COBE and BRUT’s scheme will reimagine the space as a location first and foremost for people.

”Place Schuman shows the change this city is making,” commented Pascal Smet, Brussels Minister of Mobility, on the design. “We are going from a city for cars to a city for people! Schuman will become a real urban square where residents and visitors can meet. Finally this emblematic spot is given the quality and look it deserves. It is now up to the architects to elaborate their projects together with the residents and the European institutions.”

The new pavilion, punctured by funnel-shaped opening it is roof, will draw visitors into the center of the plaza, where concentric circles will step down to offer room for seating and create an informal gathering place. Surrounding the agora, the pedestrian area will continue out radially from the center, connecting Place Schuman to the adjacent Cinquantenaire Park and the bridge of Rue de la Loi over Chaussée d’Etterbeek.

“A parliament is usually closed-off to the public, but Place Schuman will be permanently accessible, embracing democracy and knowledge sharing,” explains Dan Stubbergaard, Founder and Creative Director of COBE. “Here, all citizens of the EU will be united under one roof. The roof reflects the square and the people below, creating a meeting place between nationalities, cultures, languages and genders. The agora underneath the roof will be designed as concentric circles, inspired by the European Parliaments’ hemicycle. The circles continue in the surrounding pavement, emphasizing Place Schuman as the center of European democracy.”

COBE and BRUT will now continue toward the permitting process by conducting additional studies for the design. Planning documents are expected to be submitted by the end of 2018, with construction to begin in 2019. 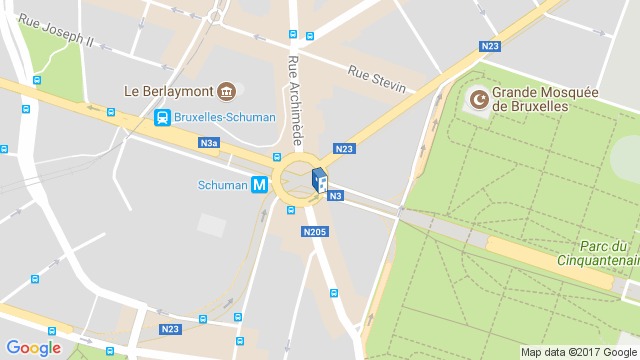 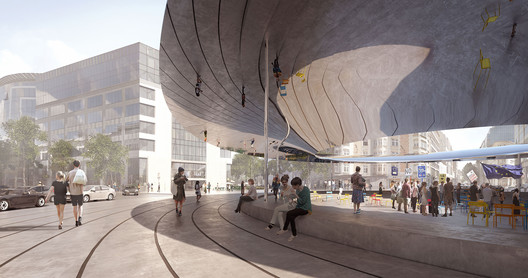 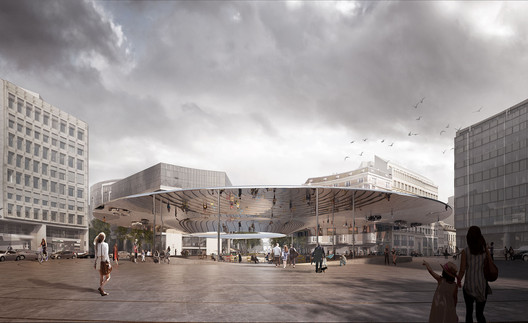