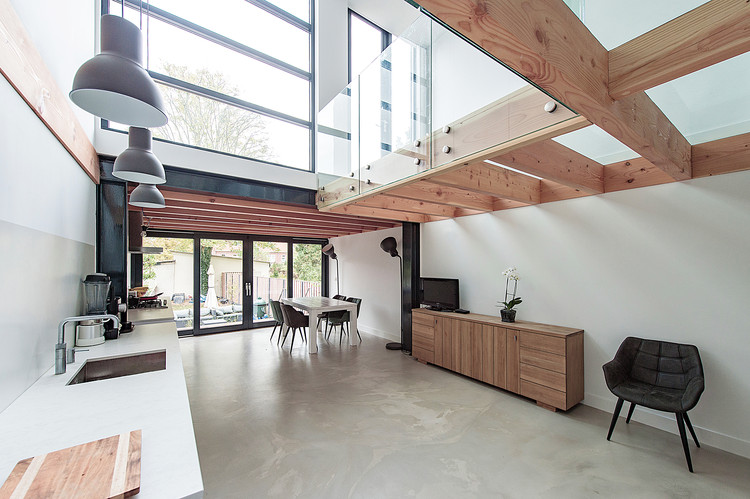 Text description provided by the architects. Renovation and extension of a stately row house in Overveen, The Netherlands. The house is located in a dune area and therefore the ground level is higher at the front than at the rear.

The inside of the house was already taken care of in the 70s and stripped of all period features. The ground floor serves as a living area and was a large narrow space. A spiral staircase with a balustrade made of marine  rope led to the basement that consisted of a series of small rooms including a small kitchen. The first and second floors consist of bedrooms and a family bathroom.

The staircase that runs along a continuous wall between the basement, the living room and the bedrooms creates a visually connecting element between the different spaces and also ensures that the long living room is broken up in a front and back.

The rest of the basement is open, with underfloor heating and now functions as a play area for the children or as guest room.