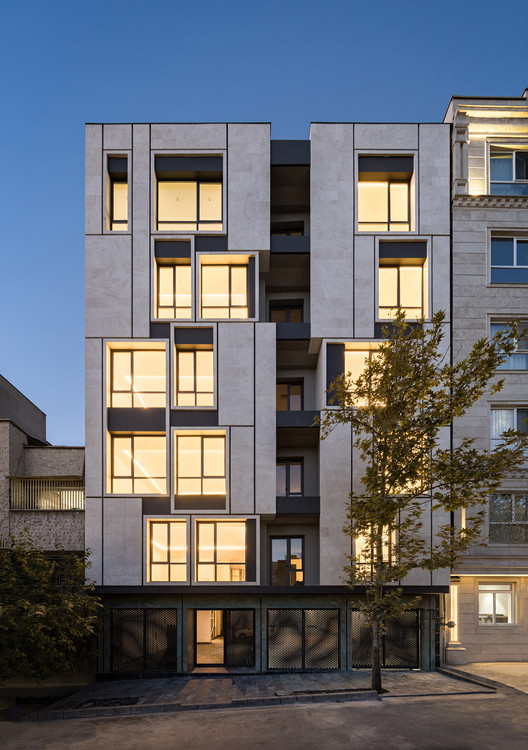 Text description provided by the architects. Niloofar 22 is a 10-unit infill apartment. In Tehran, we encounter a type of building resulted by the domination of market economic behaviours and structural system over architectural form. The two-dimensional order of infill typology along with the common constructed route seeks easy and readymade answers and thus hindering more sophisticated and untested architectural forms. This project is an effort to counter this condition in Tehran.

The main concept to change this condition in this project was to divide the building mass to separate individual boxes and then redefine the building mass by setting these boxes alongside each other in a new order. The boxes have two missing opposite faces. By a 90-degree rotation along a vertical axis, two distinct group of boxes are created. The first group are the boxes with missing faces toward facade that provide light and ventilation, the second group are the ones with solid surface toward facade, that can shape semi-open spaces for balconies.

Redefinition of building mass through the irregular placement of boxes on each other disturbs the conventional horizontal and vertical systems in the facade and postpones the visual perception of common levels in the building. So Niloofar 22 is a minor effort to counteract the solid order of infill typology and tries to find and experiment new possibilities and new ideas in this confined typology. 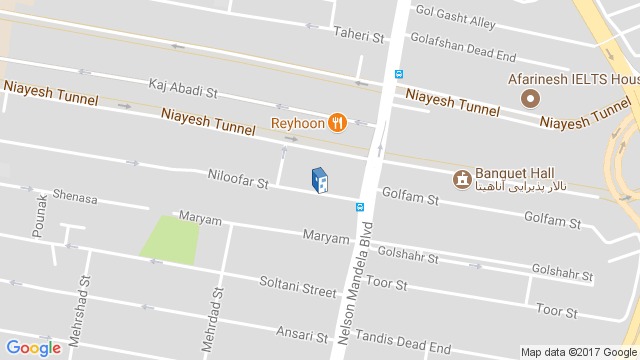