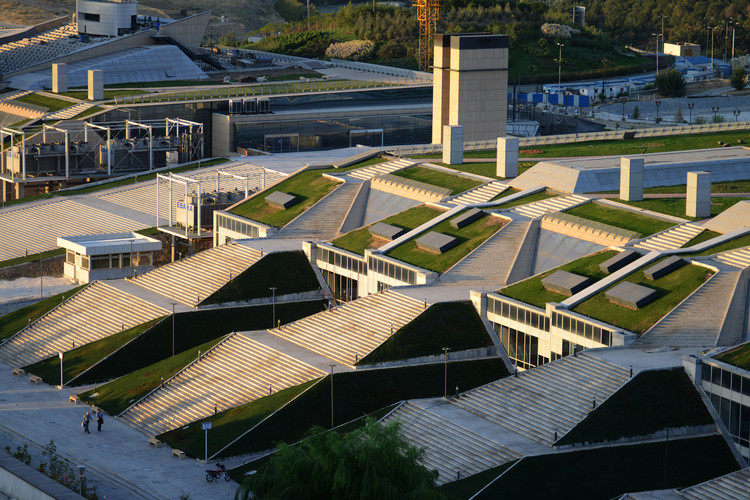 Text description provided by the architects. Creating permanent spaces for exhibiting books can have a quantitative effect on society’s approach to book reading. Tehran Book Garden is designed and constructed to play this role. Book Garden is located in Tehran’s third district on a site measuring 37acres in Abbas Abbad region, close to other important buildings including the Iranian National Library, the Iranian Academies Complex the holy Defense Garden Museum and Tabiat Bridge. Book Garden is a Book Mega Mall which hosts, Exhibition spaces focusing on exhibiting books and other sorts of media, Children Science Park, Art Galleries, a Drama Theater, Cinemas and Auditoriums, cafes and restaurants as well as other outdoor event spaces. The Building has a total built area of 65000 m2 in 3 floors and a 25000 m2 roof garden, is comprised of 13 separate blocks which are partly similar and are connected through vertical and horizontal access paths. Among these 13 blocks, eight are dedicated to the lobby or main access spaces which, at rush hours, can accommodate up to five thousand visitors.

The green covering layers of the roof and interior circulation layers along with the grand western high tech façade are the three main elements in forming the building shape. Applying green spaces and environmental conservation play important role in the master plan of Abbas Abbad lands. Therefore, in the design of this project, we tried to come up with a building inspired by nature and matched with the site environment. Implementing green roof was the key point in designing of this building which harmonizes the building with its neighboring environment. In Book Garden project, the roof is not considered as just a covering element but as a part of nature. Something which evokes perfectly the continuity of the motion. The Roof Garden acting as a Cultural Public park is accessible via Grand eastern stairs which connects the building to the Culture Plaza, National library and Academies Complex.

The interior spaces of the building have been designed as a one huge continues space which works as a terraced garden,(inspired by the concept of Iranian Traditional Gardens), housing Modular exhibition spaces which connect through the main Circulation path along the west façade with a length of 550m and a height of 13 meters. The interior spaces of the building overlook the west exhibition garden and a 2hectars artificial lake, through this glass façade. In the center of the building a pedestrian path, Named ’Path of Culture’ crosses the building site. This pedestrian path connects several cultural buildings along its way until it arrives at the Tabiat Bridge on the other side of Taleghani public Park. The design of the building spaces and its landscape has been based on the idea of Modular Flexible spaces, Transparency, Fluid motion of the visitors and integration with the landscape. 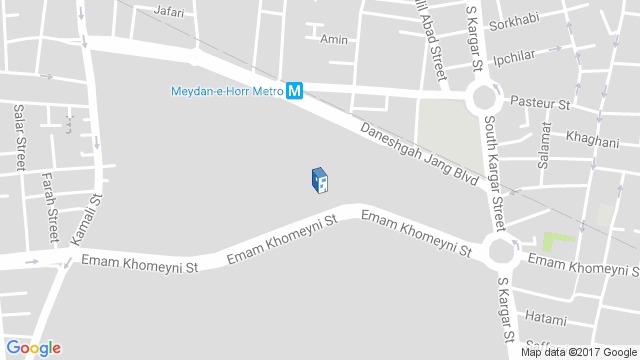 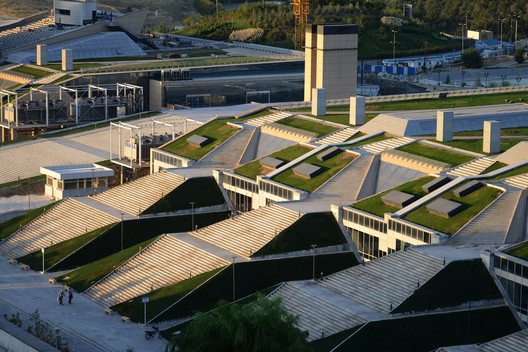