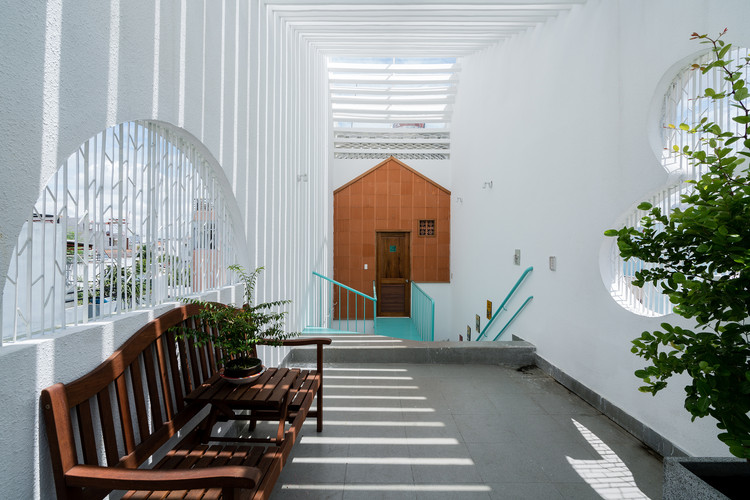 Text description provided by the architects. It is the old house in an alley on District 3, Ho Chi Minh City. The partial of land is the typical long house in the cities of Vietnam, especially in Ho Chi Minh City.

The investor has been here since her childhood, it is considered as the birthplace of family members. The Plan to rebuild the house started since 10 years ago, however, has been postponed, due to some unexpected reasons. After 10 years, the construction is implemented by an absolute new design. To build the house is to realize the Invester’s wish: to strengthen the bond between everyone in the family, especially, to create a home, where her old mother enjoys seeing her children and grandchildren playing, living with each other.

/ House was concepted as a “Containing Space”: the large space that has many smaller ones inside. It contains most of activities of generations in the family. Each room is a house that put in accordance with the vertical as a small union. To create the “Containing Space” is to connect the small families of the Bigger One, as well as nourishing and containing all the changes of function followed by demandings of the members from time to time.

For this house, Form is not the most important thing. The spirits, the feelings and the bonds between the family members living inside are. 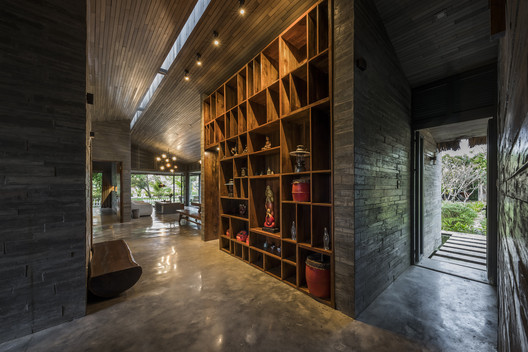 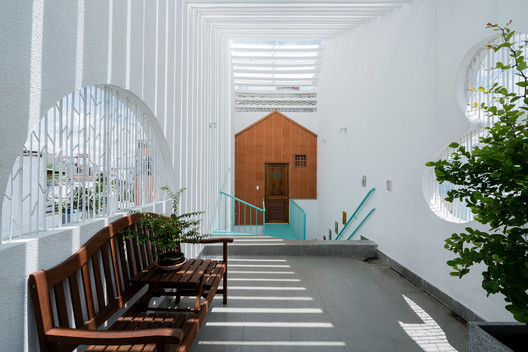