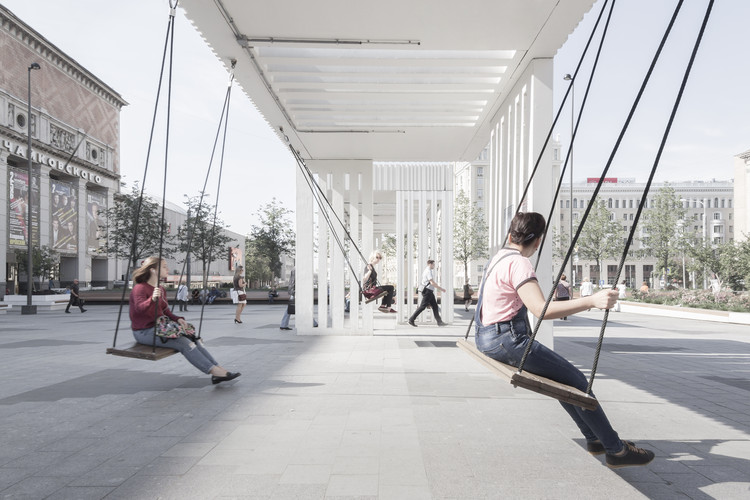 Text description provided by the architects. Triumfalnaya square is located at the crossing of Moscow’s main street Tverskaya with the Garden Ring. Buromoscow design has been chosen as a result of a first open competition for a public square in Moscow in 2013. The competition aimed at bringing back to life city square by Soviet architect Chechulin built in 1958, that in the last years became a transit space, half occupied by parking. Buromoscow proposed 5 steps for improvement:

1. Divide a square and a garden
Competition plot was divided into two zones – a rectangular open square and a lilac garden, enclosed by walls, that helps shape the street crossing.

2. Flatten the square
The square surface had a strong inclination, which made the use of it rather difficult. By flattening the surface and raising the edge, the square became detached from a busy street.

3. Make it more classical.
The square is framed by classical Soviet facades. New central axis and linden trees at the perimeter are added to reinforce classical composition.

4. Add romance
Triumfalnaya square is historically a place for rendezvous, a romantic place in the city. Instead of benches, there is a long row of 2 persons swings.

Lilac garden gives the place a true Moscow inner courtyard feel.
Triumfalnaya square has been delivered in 2015. From a space of transit, it turned into a space of stay, being always full of people - meeting up, having coffee, concert goers, skateboarders, vapers, musicians. It immediately became very popular with Moscovites queueing any time of the day, in summer or winter to use the swings. 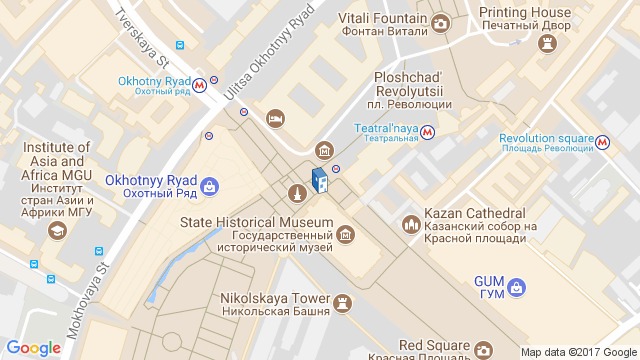 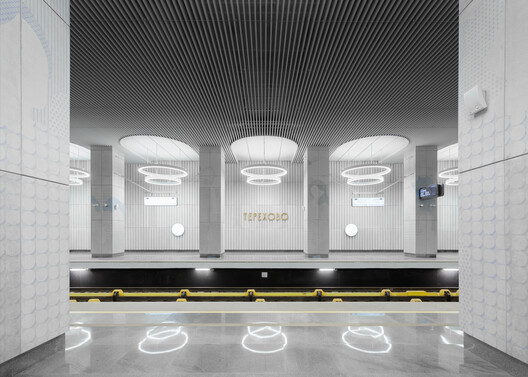 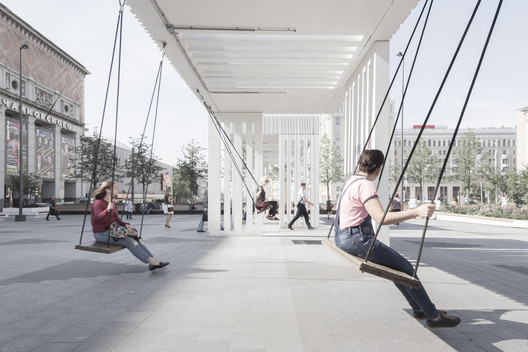