Büro Ole Scheeren has revealed the design of a landmark new development for Ho Chi Minh City that will feature three skyscrapers rising from a mountainous landscape of vegetated terraces and vibrant public spaces. To be known as “Empire City,” the development aims to embody “a symbiotic vision of nature and living” within the space of Vietnam’s capital city. 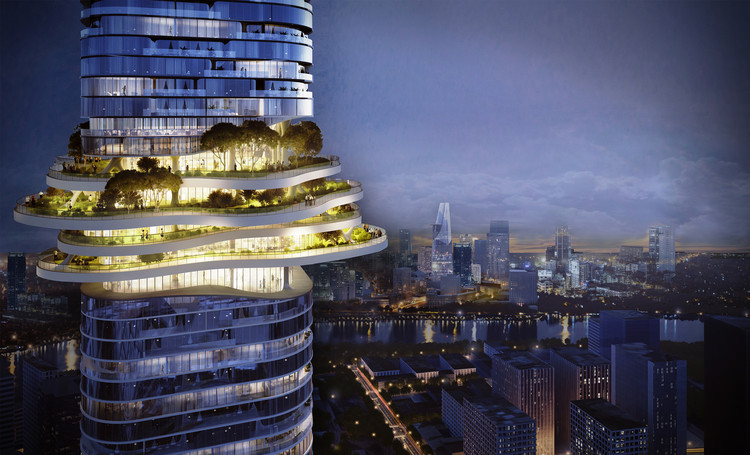 Located on a central peninsula of the Saigon River, the mixed-use complex will be an integrated environment containing spaces for living, working and enjoying culture and entertainment. From the terraced podium, three towers will rise, including the iconic central Empire 88 Tower that will reach a height of 333 meters (1,093 feet). The tower will contain a variety of program types itself, encompassing residences, apartments, a hotel, a public observation deck and an undulating landscape known as the “Sky Forest.”

The “Sky Forest” will be planted with a variety of local flora and water features, offering panoramic views of the city to both residents and the public. At the tower’s peak, the “Cloud Space” will offer a flexible event space with the most expansive backdrop in the city. The other two high-rises will house office and residential spaces.

The design of the podium is inspired by the landscape of Vietnam, with its hilly countryside and terraced rice fields. A series of open spaces will link the public program within, including co-working spaces, commercial areas and recreational environments.

The project is being developed by Empire City Limited Liability Company, a joint venture between some of Vietnam’s largest real estate companies. A timeline for the project has yet to be announced. 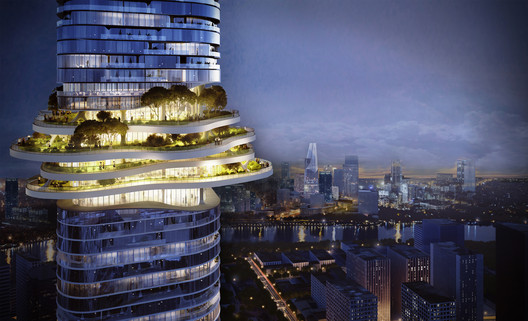