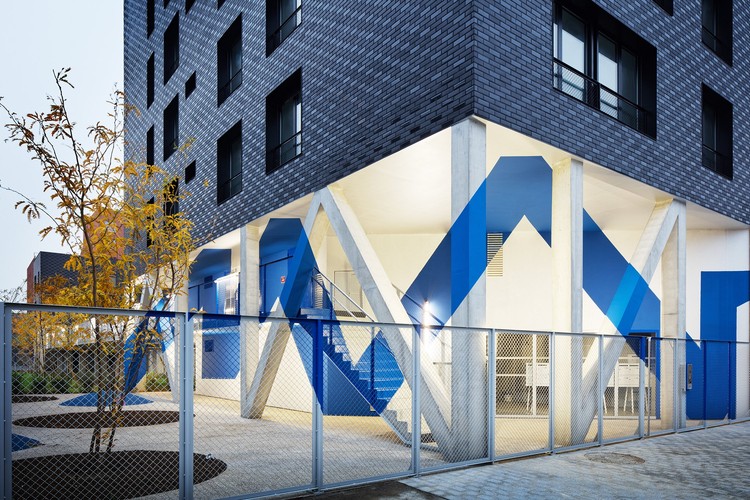 Text description provided by the architects. In Paris suburb, located in a flood risk area, this project of 61 social housing units contributes to the objective of the Ivry Confluences Urban Development Zone (ZAC) to revitalize the southern part of this former industrial district.

To ensure a transition between the scales of the very different urban situations, the project forms a homogeneous built environment made up of a series of buildings ranging from two to seven storeys in height. This staggered height plan goes hand-in-hand with a consideration of the range of uses and typologies, urban forms and modes of living that form a city.

The buildings on the street corner are collective housing and have a far-ranging view out over the neighbourhood, but the height then gradually tails off towards the small square on the south side, splitting up to form an intermediary environment of superimposed townhouses. This typology marries the need for compactness with the quality of individual homes or small-scale collective housing that reflect the neighbourhood’s past and how people have always lived here.

The houses and flats are raised above ground level, since the site is covered by flood prevention regulations. They are reached by means of a pathway that passes through the treetops of a ground-level park, offering residents a gentle transition between private, collective and public spaces along with a view of the entire site.

Artistic add-on, Atelier YokYok painted an anamorphosis on the porches, establishing a graphic and playful dialogue with the architecture and the nearby school group. 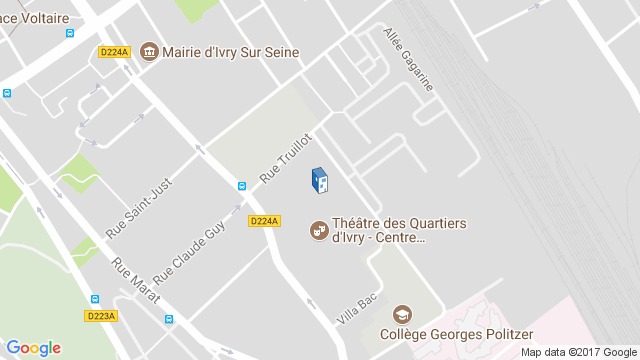 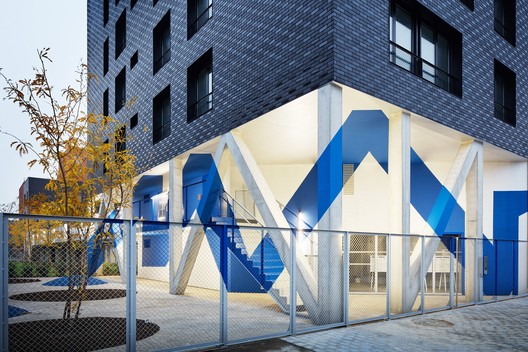