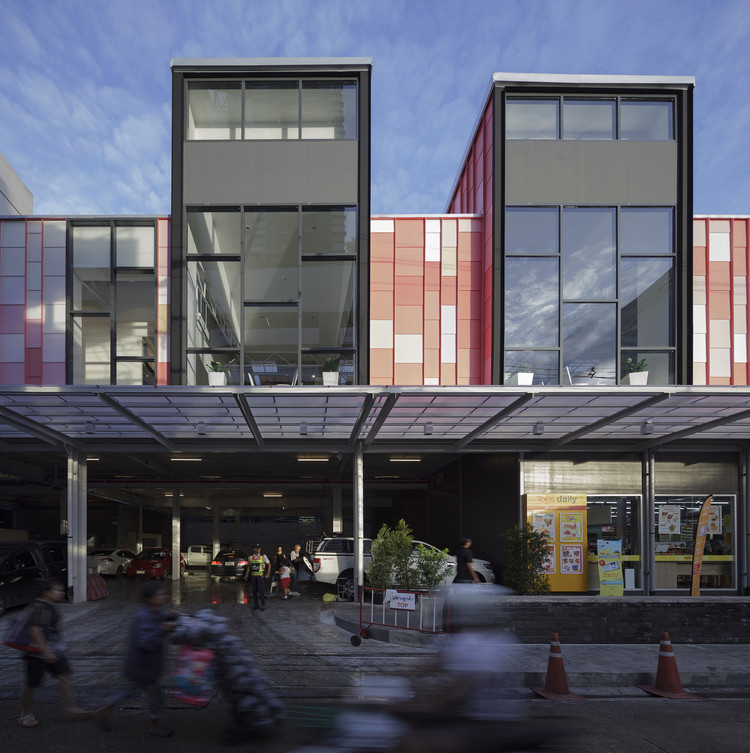 Text description provided by the architects. The building is located in a typical urban scene of Bangkok, a heterogeneous context, an ensemble comprising of skyscraper complexes, tiny wooden houses or even temporary shelters for food stalls. The architect confronts the need for maximum commercial space while maintaining an architectural quality within the tightness of the site. The project is a multi-phase construction task; a two-story annex is first constructed while the existing, one-story building still operates as a food court. After the completion of the annex, the roof of the existing building is raised up to cover the new-built upper floor plate constructed on the existing foundation. A ground floor provides spaces for a minimart, rental shops, parking and a common hall for temporary kiosks. The design of the ground floor is based on an existing structural grid of 3.5 x 3.5 m.

An upper floor is dedicated to a food court, a rectangular dining hall flanked on one side with a raw of individual food parlors. The food parlors are backed with a common service corridor leading to a central washing area. This arrangement maximizes the seating capacity and creates a non obstructed floating façade along the public road leading to a visual connection between the dining hall and the pedestrian downward. A long servery counters are projected slightly inclined to introduce a dynamic line into a rigid shape of the dining hall.Two free-standing kiosks are placed deliberately in the dining hall dividing it rhythmically while maintaining the interaction of divided spaces bringing a perception of flowing space into the hall.

A main outdoor stair directs pedestrian from a small open square on the ground level up to the food court in the upper floor. Two escalators in scissor arrangement regulate the user between commercial area and food court. The building is projected align with the neighboring buildings, the façade harmonizes to an adjoining building giving the visual continuity of perspective view in urban context. Four “Pop-up” parts of façade accent the lengthiness of the building.

The floating façade is cladded with a repetitive module of the various sized fiber cement panels. The different shade of the panels helps to pixelate a gigantic building mass into a mild appearance while keeps stating an existence of the building at the same time. In contrast to the colorful outer skin, the interior is dominated by white creating a strict boundary between inside and outside of the building. 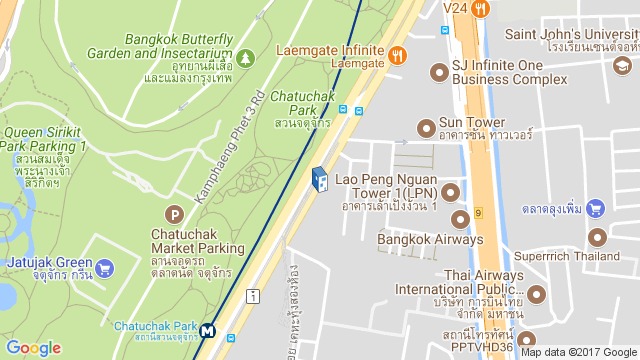