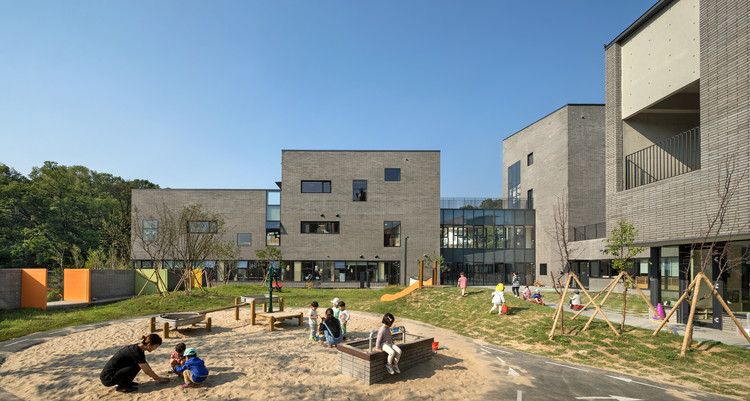 Text description provided by the architects. The Naver Imae Nursery School, established on the eastern edge of Bundang, is a nursery school that teaches 300 students. with a college scale garden, a slope that extends more than ten metres across the site, and the requirement of a 20% legal building coverage ratio within a green area, a design plan for a new type of nursery school was initiated.

Utilizing the naturally graded site, the building was organised into three levels: the parking lot and support facility on the lowest level, and the nursery facility on the upper two levels. The children were given a safe school where its confines accommodate all parking demands and bus turns. By using the sloped site in an efficient way, an underground space of the same conditions as the ground level receives natural light was made possible during planning, and except for the top level, al floors are in contact with the ground, meaning almost every nursery classroom has a front yard. 300 students are dispersed across three different building units, connected through the underground stylobate.

These three buildings are placed in a row from east to west, with the playground at the centre, embracing the warm sunlight from the south. Modularized plies were placed between classrooms to compose the rest room and playroom. As the building's height gradually escalates following the incline upward, it naturally assimilates with the surrounding mountain scene. The physical properties of the achromatic cement bricks and exposed concrete finishing become nature's background and goes along with the surrounding green. 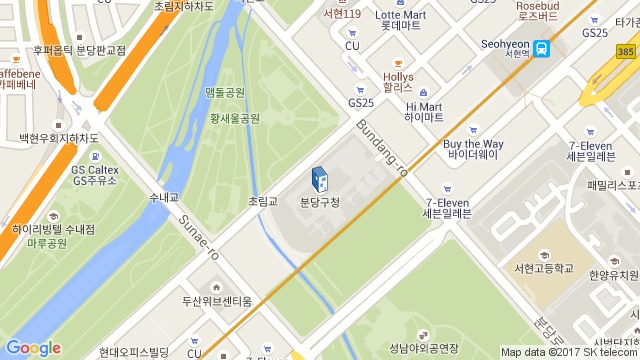