Zaha Hadid Architects has revealed images of their latest design, the Bora Residential Tower in Mexico City, as construction on the project has broken ground.

Commissioned by Mexican developer Némesis Capital in 2015, the new tower will offer a variety of new housing options to the fast-growing neighborhood of Santa Fe, a business district in western Mexico City that is home to 3 universities and the regional offices of high profile tech companies including Microsoft, Apple, Sony, Roche and Amazon. 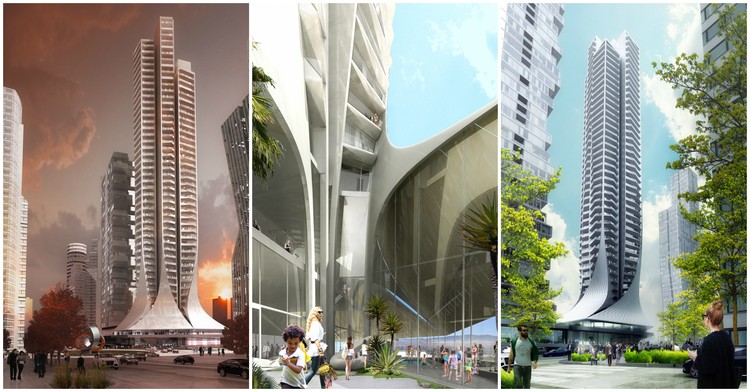 Rising over 50 floors, Bora will be the tallest residential tower in Mexico City, containing more than 220 apartments ranging from one- to three-bedrooms. Different unit sizes will be spread throughout the building, ensuring each floor houses a diverse community of residents.

Six apartment layouts been laid out surrounding a central core, with access to light, privacy and panoramic views in mind. Each unit will also have its own balcony, providing residents with an outdoor space in which to enjoy the city’s mild, elevated subtropical climate, and contributing to the tower’s dynamically geometric facade. At its base, the tower tapers inward to create areas for leisure and recreation covered by “swirling canopies”, as well as publicly accessible retail and restaurant spaces.

"Regarding the design, we avoided a solid volume, favoring instead a more dynamic floor plan that would allow the building to have more corners, thus ensuring that each apartment features two different views of the city," said Juan Ignacio Aranguren, director of ZHA Mexico office.

The tower’s structure has been designed to respond to seismic conditions, with optimum flexibility, ductility and building weight. The ten-story canopies will also provide lateral stability during an event.

The Bora Residential tower will be located in the heart of Santa Fe, a short distance from schools, theaters, cafes, restaurants, and 28-hectares of parkland at La Mexicana park, the largest new public space in Mexico City for 50 years. The building will also be within close proximity of downtown access, with the recent completion of the new Santa Fe Transit Hub that will connect the neighborhood to the city’s metro network when the Toluca commuter line opens next year.

"The initiative to hire ZHA comes from Némesis Capital's interest in innovative projects that bring something new to the city and its architecture. Mexico City's real estate market is transforming as user's needs change. What is interesting about this project is its flexibility to adapt to the market," said Julieta Boy, director of design at Némesis Capital.

"Architecture should adapt to the market's demands,” added Juan Ignacio Aranguren, director of ZHA Mexico office. “This project's amenities area was designed in a way that will allow it to be reconfigured in time. The generous spaces allow this flexibility." 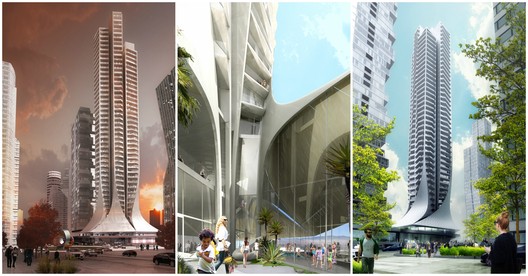