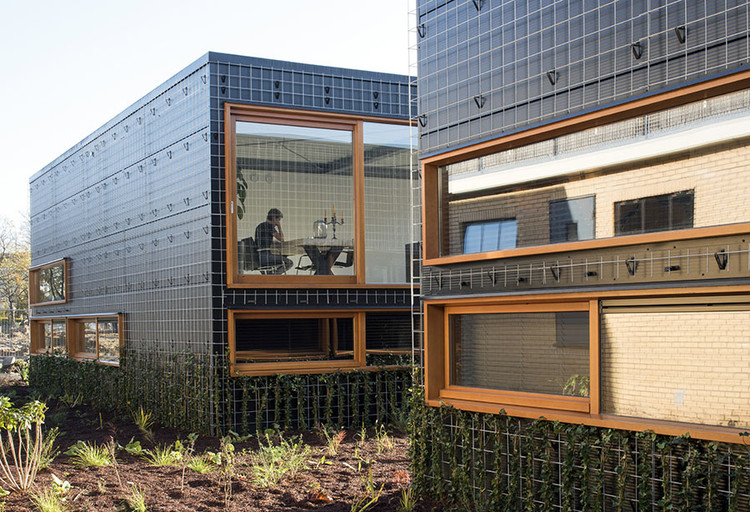 Text description provided by the architects. There is a story behind nearly every design I conceive. Very often the story is about coincidence or even a failure that ultimately turns out to be a success. Generally speaking, failures are blamed on fate but, in practice, successes are also the consequence of fate, or at least mine are. The Green House is an example of this. We needed to realize new-build housing on the land of the RAG building in order to close the budget, and preferably houses with a large floor area on a small plot because that would yield a great deal.

However, the first RAG buyers immediately made it clear that they did not really appreciate these houses, however beautiful, being placed right under their noses. So we immediately consigned these superb homes to the rubbish bin in order to create new plans. Who knew, maybe we would fish them back out again sometime.

Luckily a much better plan has come in their place: two Green Houses inspired by the housing in the RAG building. That means living on the first floor with a south-facing roof terrace; large, spacious, green, sunny, modern, industrial, light, and open in all aspects. To safeguard the unobstructed view from the roof terraces of the RAG building, the new homes are to be sunk into the ground. Consequently, the houses will be split-level and the ground floor with the sleeping quarters will be one metre below ground level. Through the creation of this split-level building, the terrace, which will be the roof of the car port and storage area, will be one metre higher than the living room and kitchen on the first floor. The counter tops in the kitchen will continue visually in the roof terrace so that outdoors and indoors are more explicitly connected.

We wanted to use the RAG building not only as a source of inspiration for the design and way of living but also as inspiration for the construction method. How would it be possible these days to build, in a pragmatic and cost efficient way, a house with the same industrial look as that created by the Philips engineers when they built the buildings on Strijp R in the fifties? Our solution was a concrete building system with fixed sizes, prefabricated parts and a flexible floor plan. The windows fit exactly into the façade, in a fixed framework, and will be placed in such a way that they will offer maximum light and view without overlooking each other. The amount of glass in each house will be nearly three times the minimum required according to existing legislation, yet at the same time privacy will be safeguarded. Aside from the first-floor living, the roof terrace and the green exterior, the building will also be characterized by materials that are in themselves already beautiful, such as cement, wood and glass. The staircase is in the heart of the building so the layout is extremely functional and can be tailored to anyone’s wishes. 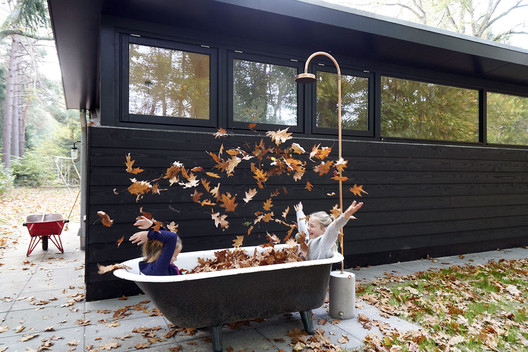 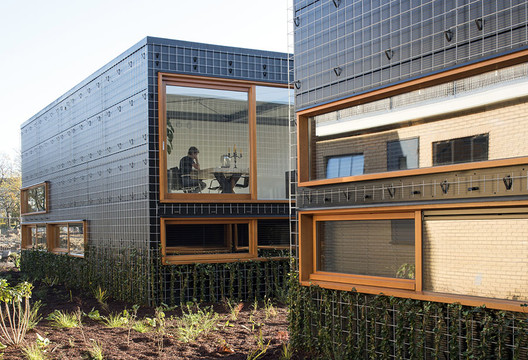