Taking a break along the tour, our guides offer us salty mango ice cream from a local store that thanks to the escalators, the plazas, the murals, the new lighting, and the full time police surveillance, has become a small gold mine. There is no rubbish, not even a piece of a paper or a bottle thrown in the streets. Beautiful poverty is still poverty, but today with a regained dignity. The neighbourhood recovers a hidden beauty. It becomes an attractive and safe place, which offers spaces for the enjoyment of its inhabitants, who despite the boom are still generally in the same position as before. There are still no Airbnb’s or boutique cafes. It is an example of "gentrification without expulsion" as Francisco Sabatini would say, or what Mauricio Redolés describes in his song "beautiful neighbourhood" (bello barrio) as the dangerous fragility of corruption.

The intervention in Comuna 13 was like an open heart surgery, but it also included a good dose of acupuncture to activate and keep each part of the project in shape. If the spine of the system is the escalators, the micro-activation of the fabric was done by reaching a common scale in the deterioration state.

For example, the acupuncturist (they tell me she was an architect)* included a slide in the intervention that converted something routine into something extraordinary. With a twin slide, the scale is much more than a space to go up and down; it has been transformed from a place of passage into a place to be because there is no child who does not want to slide down again once his feet land on the floor. Furthermore, as the children start arriving and discovering the playful dimension of this anonymous public space, their parents also begin to arrive, first to take a look, then to make their own social life with a salty mango ice cream in hand. If children find it good, then it is good for everyone: simple and cheap, but a high-impact intervention. If I could, I would give her the Nobel prize for urban design.

Closing remarks: This intervention in Comuna 13 was expensive to build, manage and maintain, which makes it difficult to mass-replicate. That does not take away its extraordinary character in every sense of the word. The message is clear: acting in low-income sectors can not be synonymous with low-standard solutions, cheap materials, mediocre architecture, slow projects and quick forgetting. So far, employing experience and high investment have been worth the effort.

*Addendum: One day after the column was published, Yineth Cumplido, the acupuncturist of the story, contacted me and told me about the many tours and workshops which take place with the community that are behind the project of Comuna 13. I would like to congratulate her and give her the credit she deserves. 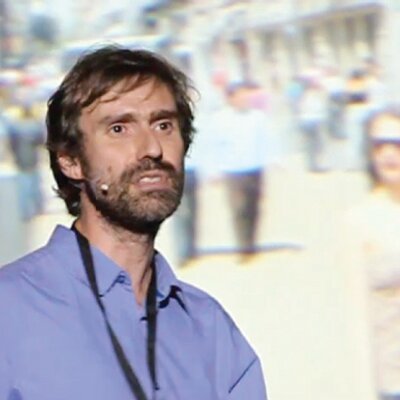