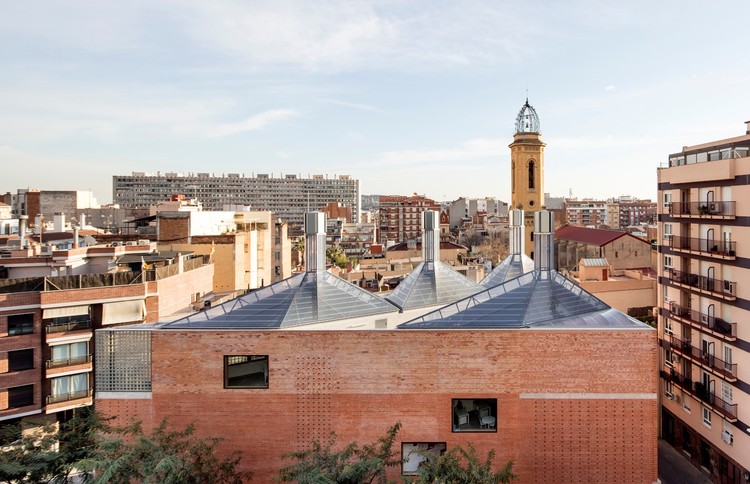 Text description provided by the architects. This public facility houses an adult education centre, a language standarization consortium and a hotel on a triangular plot in the Parliament district. Two of the three sides of the site area defined by the heritage-listed frontage of the former Planell glass factory, built on Calle Anglesola in 1913. The building makes use of the entire plot, acting as an intrinsic part of the urban landscape, although the triangular shape and the classified façades prevent it from occupying the entire site.

The programme is distributed across four levels which are set back from the south-facing heritage facade. The resulting atrium reconciles construction and heritage, improves the natural lighting for the classrooms and provides a heat and sound barrier.  This long, narrow courtyard is reproduced at the northern vertex, which exhausts the geometry but acts as a relational system between the administrative uses of the building and the exterior.

The building section shows how it controls and manages the air under natural conditions. In winter, it is necessary to control heat loss due to air renewal, redeem the heavy internal load built up due to the inertia of the wall structure, and draw fresh air in from the atrium, which thus acts as a natural air recycle. In summer, the heat has to be dissipated by moving the largest possible volume of air and fresh air must be strictly natural, based on solar chimneys and caps that apply the Venturi effect.

Cross-ventilation between the courtyards is ruled out by the programme and the need to avoid conflicting noises. The building therefore gives each strip of usage space a long structural break where the air circulates vertically, ‘pulled upwards’ in the chimneys by the power of the sun, which also give the building a silhouette and a distinctive, transparent materiality. 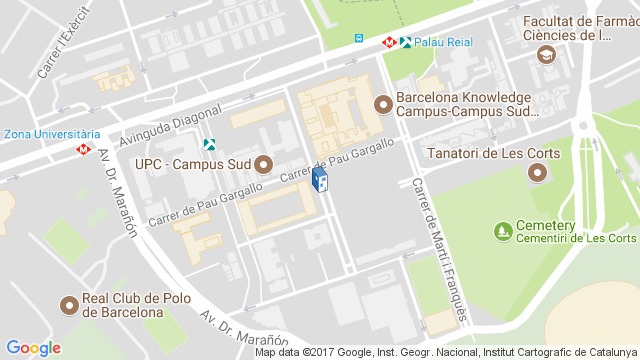 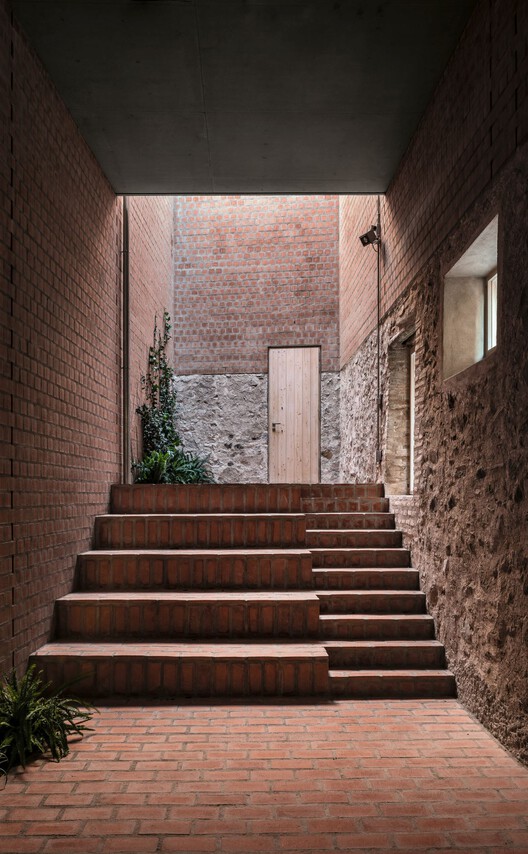 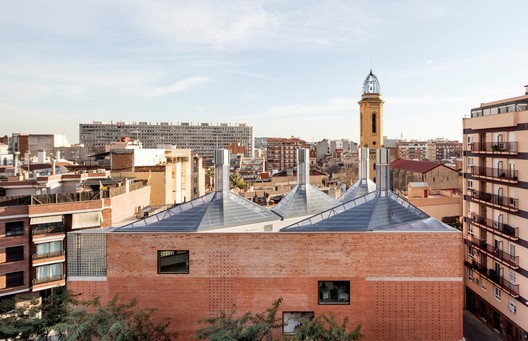