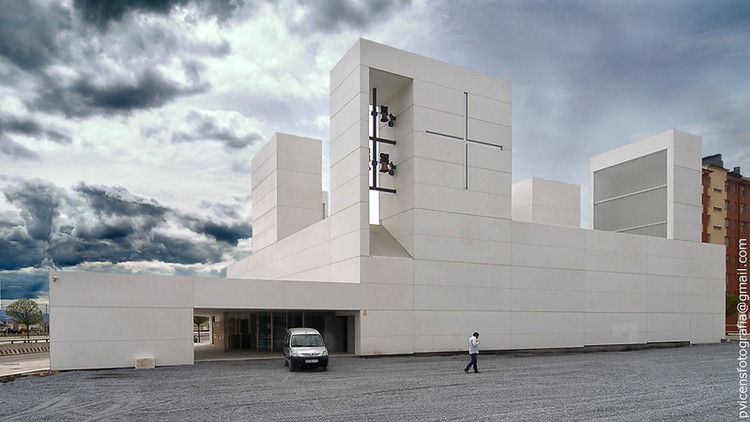 Out of the sea of sounds the life of music,

approximate thoughts and feelings, words that have taken the

place of thoughts and feelings,

There spring the perfect order of speech, and the beauty of

The work of creation is never without travail

The visible reminder of Invisible Light.”

The fundamental premise of the project has been the faithful implementation of all the functional and symbolic requirements demanded by the new provisions adopted by the liturgical reform. The chapel is presented as the protagonist of the set. It is located at the point of maximum visibility and accessibility, facing the Rose Garden.

The church’s main space is designed primarily as a meeting place for the joyous celebration of the Sacrifice. Thus, the architectural layout emphasizes community and the festive character of the reunion, joined by symbolic references to rich traditions. The central part of the structure is adapted to contemporary liturgical characteristics, combined with the traditional cross layout. This effectively makes focus to the altar, Holy See and Ambon, and visible from any point.

An important topic of study taken in consideration here was the claim of finding an architectural arrangement that combines the requirements of the Blessed Sacrament chapel, as a place for Eucharistic tranquility. Here again the recurrence types tested in the long and rich tradition of Christian architecture has proved to be fruitful. Reference to the Aragon altarpieces of the late-Gothic and Renaissance-such as the Basilica del Pilar, Damian Forment, or La Seo, the Cathedral of Teruel, Huesca Cathedral, San Pablo de Zaragoza, etc-or Baroque altarpieces-keeping.

Thus, the chapel of the Blessed Sacrament, used daily, provides high enough levels of the sanctuary to allow the sanctuary to be visible from any point of the chapel, without interfering in the liturgical ceremonies. Under the hood is available to the sacristy. The north street is the direct access, which is higher than the corner of the main entrance of the temple.

Seven large skylights scatter colored light inside the temple, giving different qualities to the space. The skylights have each the images of the seven sacraments by which the Church illuminates the life of the faithful and given grace. At the entrance of the temple, on the porch, another skylight combines the bell with the sign of the Cross, and serves as a benchmark in the community.

Building on the morphology and configuration of the terrain, the ancient carbon deposit had to be excavated in their entirety. The parish center and priestly houses are two floors, one access to the line of the street, and the other the low level of excavation. Gardens at this level make it down every area; they are accessible from the premises.

The parish center structure is reinforced with concrete and ceramic forges, while the temple is resolved with metal trusses. The entire assembly is coated with a veneer of rough concrete pieces. 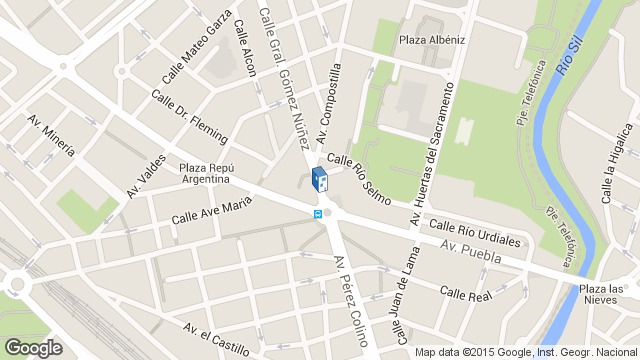