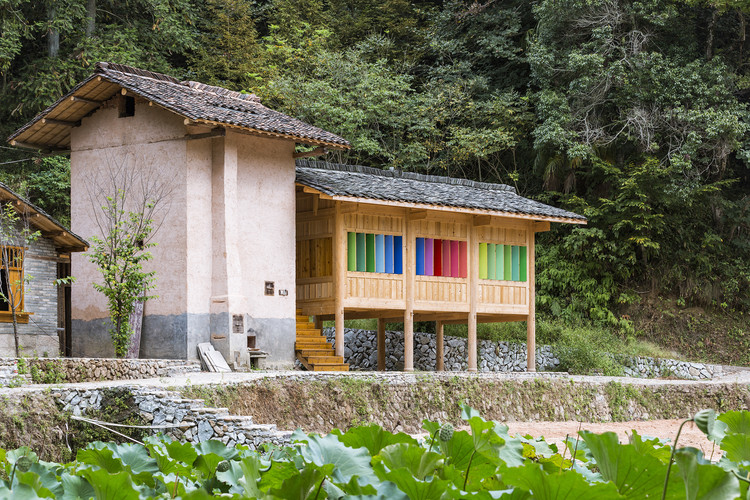 Text description provided by the architects. Selected as one of the “historical and cultural villages” in Fujian Province, Shangping Village has been sustained by its agricultural tradition and Hakka culture. Shangping Village has a complete rural feng shui pattern where two streams run around the village and gather at Shuikou area (the water gap, village entrance). There are many provincial-level cultural heritages such as the Tai Fu Tai Mansion, the Yang’s Ancestral Temple, etc. According to the legend, the great scholar Zhu Xi used to give lectures in Shangping and to leave with treasured calligraphy. Therefore, Shangping has a reputation for "literary village surrounded by water ".

Under the premise of protection, the design team has neither used the common way of “repairing old as old”, nor created the trendy mode of vernacular bed & breakfast. On the contrary, the design team has selected and transformed a number of abandoned agricultural facilities and infrastructures, such as cowsheds, pigsties, barns, and bamboo squeeze, etc.) with implanting upgraded industries, complementing tourism service facilities and providing a new economical platform. Based on the principles of locality and contemporariness, the design team has also designed cultural and creative products, provided business guidance and promotions which could be described as an integral service from conceptual planning to spatial construction, and to tourism products and promotion.

The gallery pavilion: It needs to tear down the original pavilion with rubbery stone and to build a new one with more transparent corridor. It not only maintains traditional feng shui pattern of blocking sight and water, but also provides the good view for people who are sitting inside the corridor appreciating the surrounding scene and passers-by. The designers wish to establish an inheritance through the respect of the original faith and enable the locals to accept the new pavilion that the statues of worship for local people are well preserved and re-placed back to the original position of the new building.

Clouds Cafe: Clouds Cafe is a small house built on the original debris shed while keeping the form of local pergola, from which people can look down the pond in front. Shaped as a box with simple interior, the function of the building has been designed asa cafe for both locals and tourists to have a rest.For the facade facing to the village, the designers have adopt the wooden windows, one of whosesides are painted in color while another in plain, with axis to make a flexible while charming internal and external space. The designers hope that this new service facility will bring a dramatic "conflict" to the ancient village.

The tobacco-curing house: As a relic of traditional agriculture facility, the tobacco-curing house has important tourism value for urban residents to learn about traditional tobacco-making craftsmanship. The design team did not want to make the transformation asa simple reproduction of the original techniques but an artistic intervention was introduced: The tobacco-curing house has been molded into an ode to farming civilization and  a lighting installation. The sunlight would be intensified into colored lights from the skylight window. Designers hope it becomes a ritual place for people to reconsider the relationship between man and nature by artistic installation. 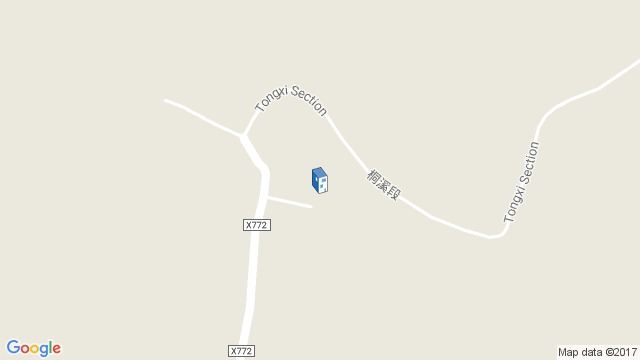 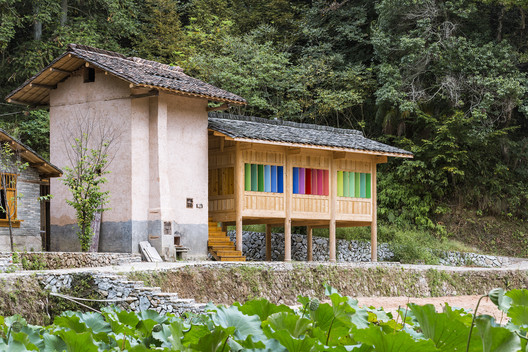