Save
Beauty Shop in Uematsu / Poten-Poten 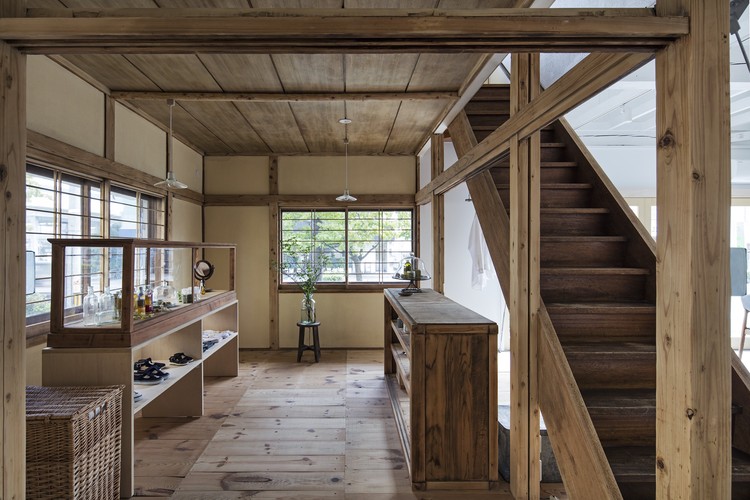 Text description provided by the architects. The site faces a main street lined with shops of various sizes in the center of Nagano. Since there are many schools in the area, children are often seen. This plan envisioned the renovation of a combination shop-and-residence that had stood on this site for more than 50 years. In addition to the function of a beauty shop, a wide range of other functions were also required, including living space, space for the sale of miscellaneous items, and an exhibition room, study room and event space for the community. Therefore, the aims were to secure flexibility responding to these diverse functions by removing the partition walls that had divided the structure into smaller spaces, and an open ceiling space by removing part of the floor of 2nd story.

A nested spatial composition was created by constructing a “box,” finished in the Japanese shitami itabari style, inside the building. It functions as an eye-stop when seen from the street, while also giving a feeling of centrality to the single space created by removing the partition walls. The finish was not a simple binary concept of which parts of the existing building would be kept and which would be replaced. The aim was something in-between, so as to blend the contrast of old and new. Part of that “in-between treatment” was bleaching and sanding. In many places, the surface was marred by darkening due to stains and soiling over time, but it was possible to use the material itself.

The existing members were examined closely from this viewpoint. The columns, beams, ceiling and fixtures were bleached, and the flooring was ground and sanded until these parts approached the condition of the base material. The same idea of “in-between treatment” was also applied to parts where deterioration with age and the old forms could not be completely eliminated. The entire atrium section was painted white, but the inevitable cracks and other flaws that occur with time were left in the beams, without attempting to fill them, and the some of the construction material, which gives the impression of having been an alcove, was left in the atrium.

Considering the different activities in each of the spaces, the spaces were given distinctive characters by appropriate use of old materials that were left in the original state, new materials and materials that received “in-between treatment.”

The conscious manipulation of the time possessed by space in this way created an arrangement of time that doesn’t exist, as though it was once real once. 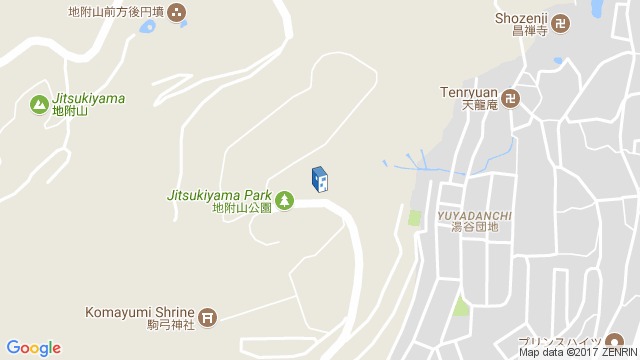 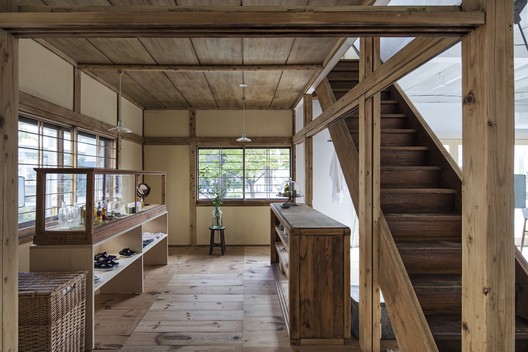