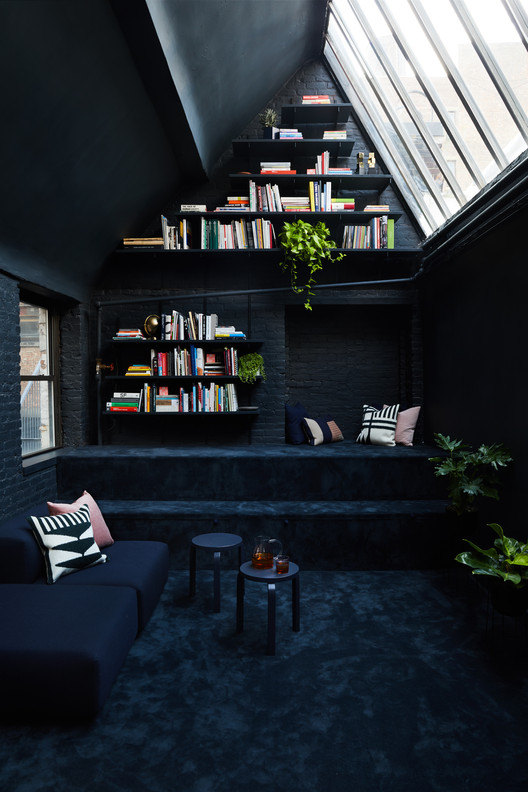 Text description provided by the architects. When adapting nineteenth century buildings to new functions we more often than not find ourselves removing walls to accommodate new users’ needs. In this case we found that radically accentuating the differences between existing rooms and playing up the separation uniquely suited our client’s desire for an intimate work space designed more like a home than an office.

At the top of a 19th century building near the Flatiron Building, GRT created an office for a small UX design firm. As found, the space was divided into three rooms, each with a similarly dramatic north-facing ‘sawtooth’ skylight reaching sixteen feet at its peak. Into this triptych we decanted the functions of a creative office.

One enters through a working kitchen with generous counters at standing height, designed for editing large format printed materials but usable also for informal dining and events. Visible through an old textured glass door is an entirely black-blue room with wall-to-wall carpet. Poured over with light from the room-sized skylight above, the space envelopes you with an absorbing depth, texture, and acoustic isolation. Despite appearances as the nap-room, it mainly functions as an internal and client meeting space. Adjacent is the office where the milk-grey seen on the painted floors extends up to the color of the custom workstation, pin-up board, and shelving which wraps three walls continuously allowing the firm to experiment with different modes of work and collaboration.

The result is a collection of distinct spaces that compliment but do not imitate each other. Openings between rooms were left deliberately modest to accentuate the sense of departure when passing from one to the next. Throughout, custom plywood millwork is scribed to the irregular geometry of the existing walls. Modest materials were selected for economy and ease of replacement as much as aesthetics. 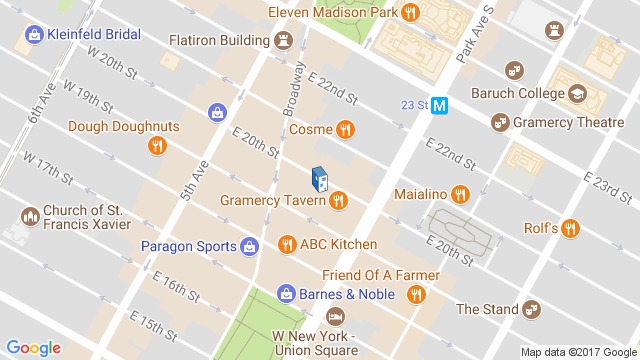 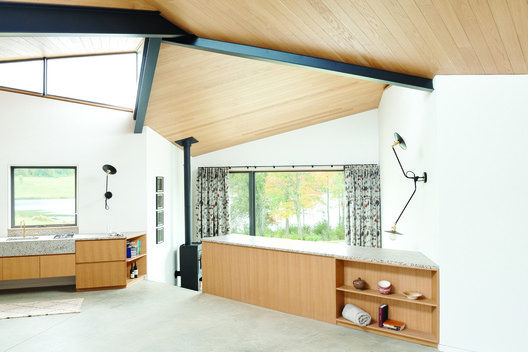