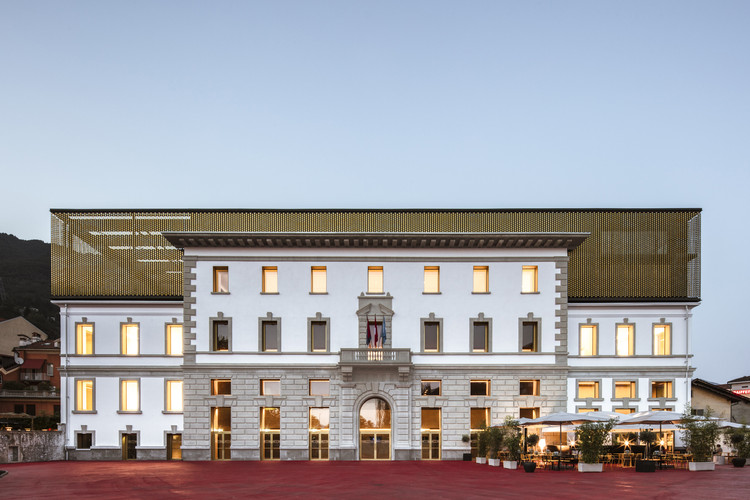 When conceiving our proposal for the Palazzo del Cinema di Locarno, we have tried to avoid the dominant trend during the last few decades, that public architecture needs to make extravagant gestures in order to curate our cities’ public realm. In the aftermath of the 2007 global financial crisis and rampant global warming –and perhaps the demise of “starchitecture” as a default procedure to build urban identity–, our proposal is guided by principles of economy, trying to capitalise in the existing structure and the public affection for the Palazzo Scolastico –which used to host the local schools and now hosts a variety of NGOs and community associations, to provide an architectural identity for the new cinema complex in Piazza Remo Rossi.

There are two primary aims in our project:

- Economy of resources through urban recycling. At a time when energy resources are dwindling and climate change has become a crucial problem for our cities, it would have been irresponsible to simply discard the existing building in order to build an entirely new one, with the corresponding expenditure of vital resources. Urban Recycling is a more adequate strategy for this intervention. Revitalising the Piazza Remo Rossi as an urban public space associated with the new function of the building as a new Film Centre for Locarno is also an important part of both the urban strategy and the branding strategy for the Film Festival, which has a tradition of occupation of open urban space.

- Consolidation and rebranding of the public identity of the Palazzo del Cinema di Locarno. It is our intention to capitalise on both the visibility and the public appreciation for the complex formed by the Palazzo Scolastico and the Piazza Remo Rossi in order to provide a strong urban identity to the new facility for the Film Festival and the Film Centre, and to weave those two institutions effectively into the urban fabric of Locarno. The building needs to assume the representation of its new function as a centre for international film culture with a distinctive presence, while being able to consolidate the pre-existent urban fabric. The articulation between the old building’s fabric and Locarno’s Film Festival, the CCCA and the AF will produce the new physical presence of the complex. 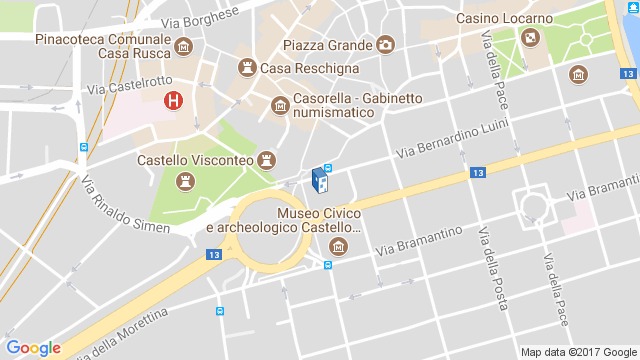 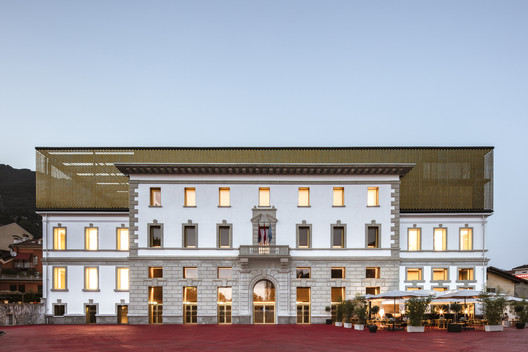 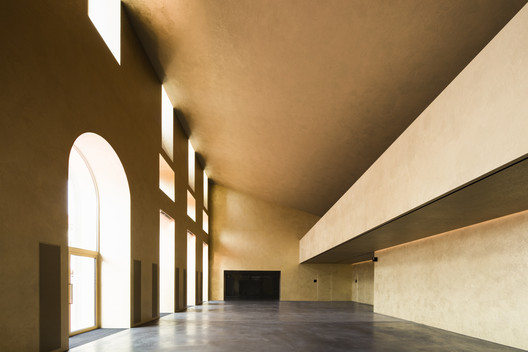