Designs by Helsinki-based practice AOR have been selected following an open competition for the extension of Tampere Art Museum, in Finland. The existing building which the museum currently occupies was formerly used as a granary, designed by C. L. Engel and completed in 1838. Most believe it to be the third oldest building in the country. AOR's winning proposal seeks to create "a landmark for the museum" by articulating the urban landscape between nearby Pyynikintori square and adjacent parkland, connecting to and with the existing gallery spaces. 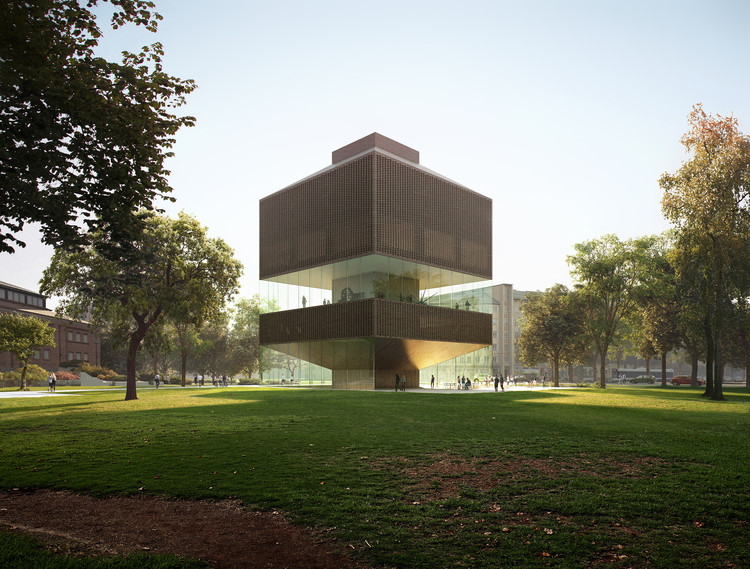 The competition brief required "an architecturally high-quality solution to extending Tampere Art Museum" balancing aesthetic, functional, technical, economic and sustainable concerns. The proposed extension joins a collection of public buildings thereby making the museum more visible from the main street. The new extension, "compact in footprint and similar in scale to the existing museum building," seeks to preserve as much of the park area surrounding the museum as possible, allowing for the possibility of supplementary buildings suitable to the scale of the surrounding urban structure in the area.

According to the architects, "the ground and third floor of the five-story extension open up to the surrounding cityscape, making the city part of the museum and the museum part of the city." The exhibition circulation of the extension continues by way of an underground connection to the existing museum building, "enabling flexible and versatile exhibition arrangements."

"The red-brick extension forms a counterpart to the existing museum building, a former grain granary, and interprets the continuum of historical industrial buildings in Tampere." 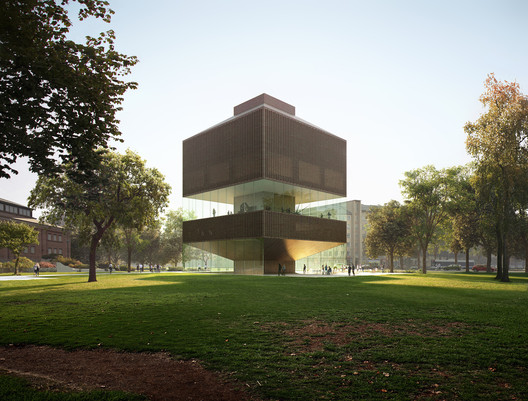