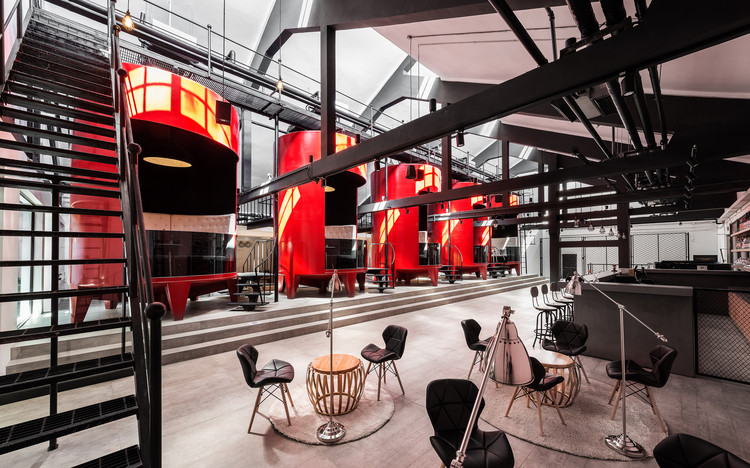 Regeneration of old housed- brewing in Beijing years, continuing intoxicating fragrance of the old winery
Secluded side of the road, outside of a large panel of metal grille wall, wine boxes orderly misplaced and interspersed among them, sun light penetrates to an aged factory building in rear, showing the depth of the elevation texture. This project, the Museum Of International Brewmasters Art, locates in the center of Beijing, a ruin of classical Russian structural industrial building. It is an epitome of a Chinese old brand, Dragon Seal Red Wine, experienced the vicissitudes of times and finally retired cause by out of date. Afterward, a group of people found this mottled container, repositioned the spirit with the dense sense of spatial presence of the old winery, reshaped by contemporary design techniques, trying to create more interacting spaces of wine and people, or people and people. Now, it will reload the spirit and extend the Chinese wine culture.

Field tandem- wine-making as the concept, connecting shattered solid space as intermediary
The creation of wine is the fruit of the wisdom of our ancestors, combined with soil, water, fire, grain and other elements, spending the most important time in order to brew an exciting wine. We make this totally natural brewing process to match spatial patterns, formed "soil, water, fire, grain" four fields, each space due to the different function resulting in different spiritual meanings. Therefore, the planning of space and circulation uses soil, water, fire, grain brewing process as conceptual developing, containing dynamic timing in the rich and diverse field. Opening the door hiding from the elevation of grills, first enters the "soil" as the theme of space. The soil is the mother of all things, also ancient pit mud, each gram of ancient pit mud contains hundreds of hundreds of millions of microbes involved in wine brewing. Two earth trowel walls standing in between, create a display gallery in a timetable, rammed earth wall inside the elongated space as a master wine studio for teaching, training, display use. After that, the performance of "Water" is in an attempt to break the traditional Immutable wine display, forming a flowing quiet water feature by cutting and refurbishing the old channel, using of water, light and shadow to catalyze situations, extending "the blood of wine" the axis to the bar area, symbolic of "fire".

Rejuvenation-keeping the old building texture, giving the spatial spirit of contemporary thinking
One side of the bar area, "fire" as design concept, keeps the original large storage tank in the area, the unique birthplace of poetry and wing culture, in this blending area symbiotic of water and fire, people can drink alone elegantly, or drink well, fully showing the true Chinese temperament of loving wine, politician's trickery, small people's life, nostalgia situation of common people arouse by toasting and laughing, hundreds kinds of humanity all hidden in glass. Therefore, we ingeniously transform to separated boxes and cleverly imbed flyovers to activate the second floor seating, tea room and wine cellar

The last of the museum, "grain" as the culmination of the end of song, one grain for one land, thus one wind for one land, sorghum wine and red wine, is the most concentrated taste of each local favor. The wine produced by the winery may be shipped to other places, however, the memory of the old winery can only stand here alone. We capture the image of "grain" for the art gallery where existing order in place and special old hardware left behind, strong contrast between old and new in this sorted out white space, tries to collide the contemporary nature of the art gallery, not expressing the beauty of the ruin by completely “old” but in an ambiguous way of creating another "new".

In the white tone of space, the round openings required for the old winery are converted into the interacting and making dialogue members for the exhibition and viewers, adding the self-evident nature to the space. Open banquet places set up in the second floor, “watching the play” as the concept, create a fusion of new and old by hanging large traditional drama painting, a modern space but with deep cultural heritages. Everything has its end, life and growth in nature, from the life cycle of wine, viewers experience the past of architecture and the new phrase of given, brewing wine just as architecture, as the condensation of times. 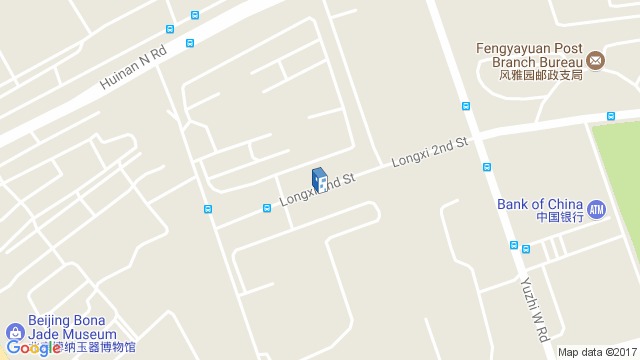 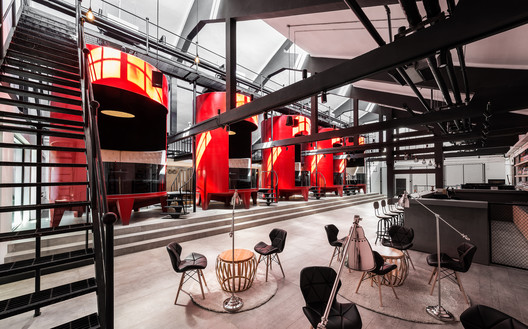