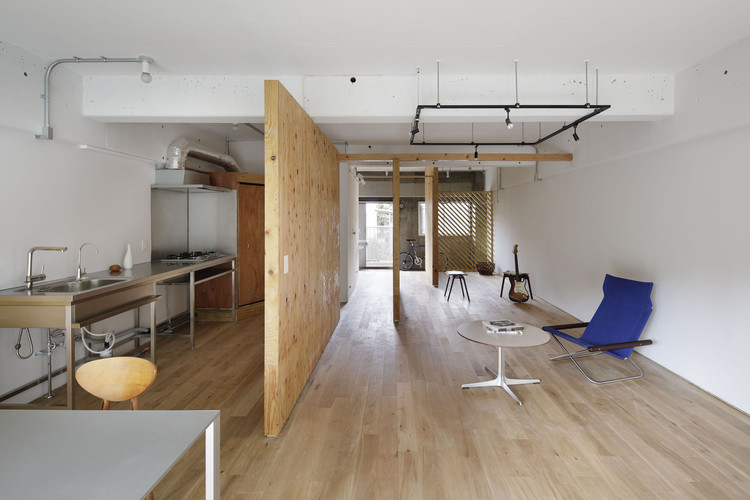 Text description provided by the architects. This is a renovation project of a side corridor-type multiple dwelling house, first sold at the end of 1970s. The original layout was for a rather small three-bed room apartment*, which was typical for a condominium apartment during this period.

The original layout was designed to optimize the economic efficiency and functionality from the developer’s point of view – taking into account the standard lifestyle of the 1970s Japan. The layout was so clear that it was obvious as to where to put certain furniture in the living room, for example. However, such an “optimized” layout somewhat forced occupants to live the standardized life of the era, which seemed to limit the way they lived, and was experienced as rather suffocating.

Therefore, in this renovation project, we paid attention to the distribution of the living areas, and tried to liberate the space by distributing them without taking a particular lifestyle into account.

For example, we first prepared four spaces in different sizes without pre-deciding the usage for them.

The four spaces that don’t have pre-destined purposes do not have anything that stipulates their relationship, and so we positioned them simply, according to the sizes of the spaces, one by one from the balcony side, and positioned the bathroom, changing room, toilet/bathroom - which have clear functions - in the left space.

The walls along the four spaces were built only to the longer side of the apartment in order to get light and ventilation. The wooden walls have made it possible for the occupants to use screws as they wish, and they have been designed to be used according to the occupants needs.

And these wooden walls can act as a symbol for each space, so we made them to be something which appeal to the space by putting high gloss acrylic painting on the surface.

As a result, the apartment becomes essentially one big space with four stand-alone wooden walls.

We intended to create a living space which develops together with the occupants by providing flexible and undefined space that can adapt to the changes and needs of the occupants in the coming future. This is a different approach because it no longer forces occupants to use a given space in a way that a developer might have thought “optimal”. 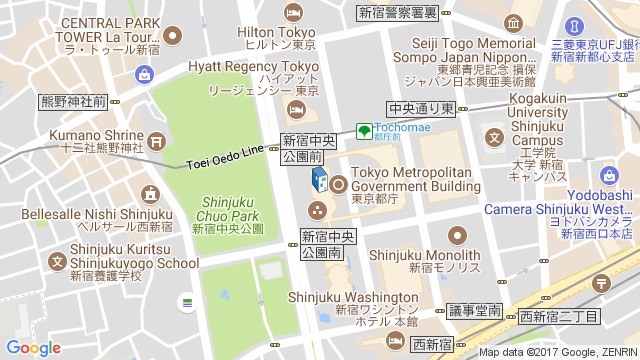