The team led by Diller Scofidio + Renfro has been selected as the architects of the £2.5 million Centre for Music London project, beating out a star-studded shortlist consisting of teams led by AL_A, Foster + Partners, Gehry Partners, Renzo Piano Building Workshop and Snøhetta.

Working in collaboration with UK-based firm Sheppard Robson, DS+R will develop plans for a world-class concert hall with supporting training, education and digital spaces, as well as attached commercial areas. When complete, it will serve as the new home of the London Symphony Orchestra and Guildhall School of Music & Drama.

“The panel agreed that, of the six excellent submissions, Diller Scofidio + Renfro’s visionary ideas offered the exciting potential to create a Centre for Music fit for the future that offers access and engagement for all,” stated the architect selection panel on their decision.

“The panel felt Diller Scofidio + Renfro most clearly met the vision and ambition of this project, utilising their experience of creating inspiring new spaces for culture to present a proposal that delivers a world-class concert hall in an outstanding new building, as part of the re-imagination of a key area of the City of London within Culture Mile.”

The Centre for Music will be located in London’s Square Mile on the site of the existing Museum of London, who last year announced their own plans to move into a large and more accessible facility at London’s Smithfield Market. The former museum building will be demolished to make room for the new structure.

“My studio is very honored to be chosen from among this stellar group of architects and thrilled to have the chance to create an important cultural building for London, our first in the UK,” said Elizabeth Diller, Partner, Diller Scofidio + Renfro. “We look forward to working with three of London’s greatest institutions and the opportunity to align their artistic, educational and civic visions for the Centre for Music.

“The new building will meet the needs of artists and audiences today with a keen eye toward the future. It will be sensitive to the inherited character of the Barbican and its vital role in Culture Mile while directly engaging the contemporary urban life of the city. We aspire to make a hub where people want to spend their time, with or without a ticket.”

The design team will now work closely with project partners to create a concept design for the Centre for Music. Initial designs will be presented to the City of London Corporation as part of a comprehensive business case by December 2018.

Six internationally-acclaimed teams have been selected as finalists in a competition to design a new home for London Symphony Orchestra and Guildhall School of Music & Drama to be known as the Centre for Music London. 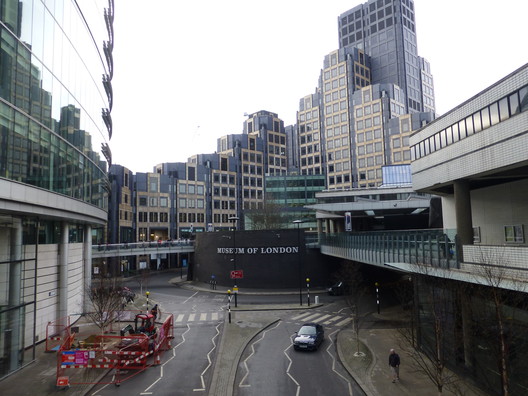