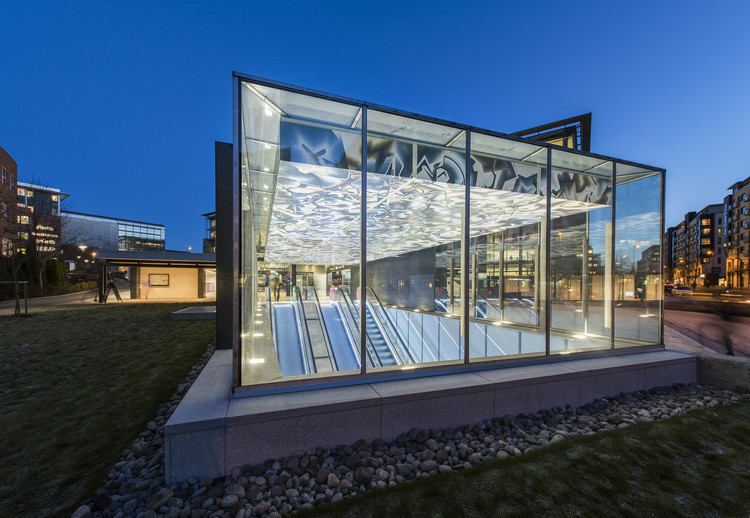 Text description provided by the architects. Nydalen station was opened in August 2003 and has acted as a catalyst for the expansion of the area including the new management school (BI), restaurants, cafes, and housing. As a result of this expansion, there was an increased number of people using the underground station, and its original design capacity of 900 people was quickly surpassed. A renovation of the station was thus necessary; bringing capacity up to 1200. This capacity increase entailed extensive work on both eastern and western entrance pavilions as well as on the platform itself.

The eastern pavilion was modified and rebuilt with careful consideration to the original concept and materials. Covered bicycle parking was integrated, entrances were increased from one to three and escalators down to the platform increased from two to three. The original art project located along the escalators, “Tunnel of Light”, suffered from neglect and technical problems and was replaced by a 100m2 ceiling artwork designed by Ole Jørgen Ness.

The ceiling is a 3-dimensional “raft” hanging in a glass house above the escalators and is visible from both inside and out. The western pavilion was similarly upgraded and integrated into the renovation of Torgbygget, while down at the platform, ceiling height was raised and fire safety rooms for disabled passengers established. The renovation was completed while the station was in full use. 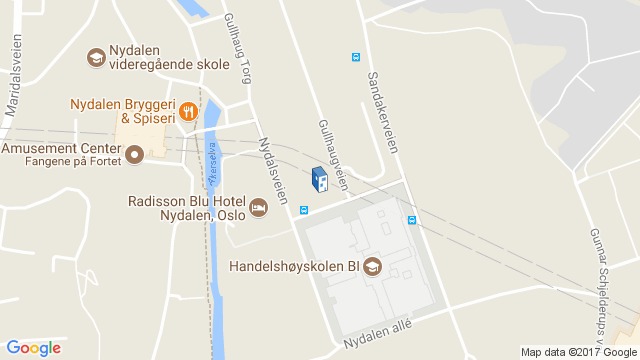 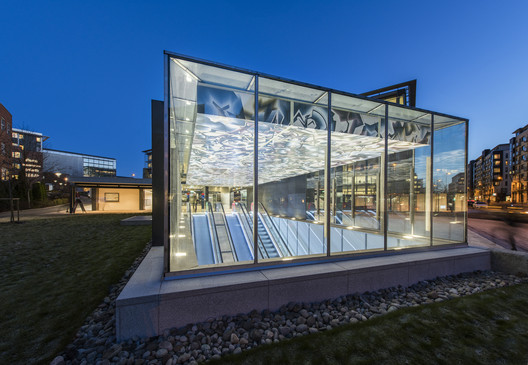