On the ground floor of the Chicago Cultural Center, Labyrinth—a cluster of installations and exhibitions occupying a warren of rooms as part the 2017 Chicago Architecture Biennial—serves as the visitor's introduction to participants' responses to the theme, Make New History. In this short film, architects including Jürgen Mayer H., Freek Persyn (51N4E) and Philip F. Huan (Archi-Union) present their projects and reflect on their work, process, and involvement in North America's largest architectural event.

"We are at a moment of great cultural transition," Jorge Otero-Pailos argues. "The kinds of objects that we look to to provide some sort of continuity in that transformation is often times architecture, [...] one of the most stable objects in culture."

Horizontal City is one of two collective exhibitions (the other being Vertical City ) at the 2017 Chicago Architecture Biennial. 24 architects were tasked by artistic directors Sharon Johnston and Mark Lee to "reconsider the status of the architectural interior" by referencing a photograph of a canonical interior from any time period. 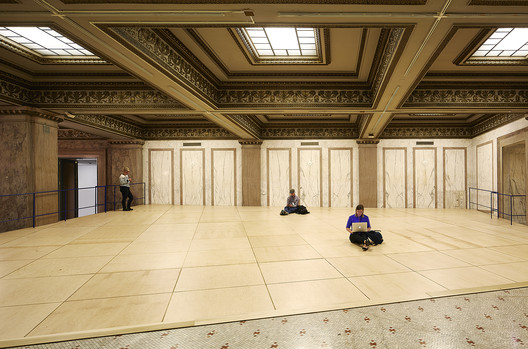