The architectural consortium of Nouvelle AOM has been announced as the winner of the international competition for the renovation and redesign of Paris’ Tour Montparnasse, beating out finalist Studio Gang and a shortlist of top firms.

Lauded by the jury for its “powerful, dynamic and bold new identity,” the winning entry will introduce an entirely new vegetated facade system that will improve both the tower’s immediate surroundings and the neighborhood as a whole.

"This was a huge challenge, as the Tower isn't like any other," the jury explained. "Nouvelle AOM's project perfectly captures the spirit of the 21st century, giving the Tower a multifaceted identity revolving around attractive, innovative new uses. The Tower will breathe new life into the Montparnasse neighbourhood." 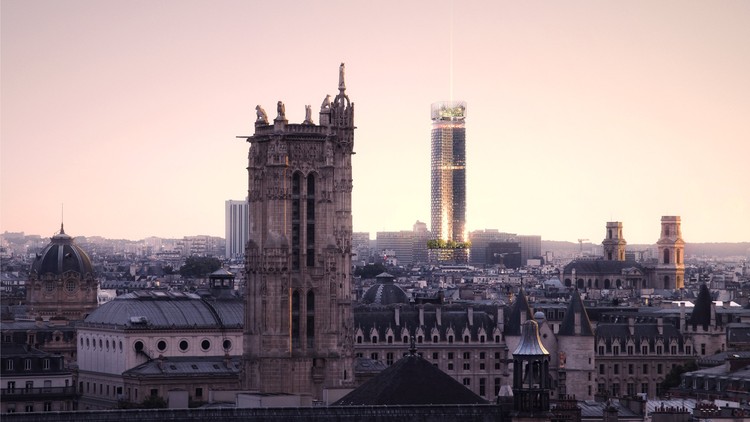 "The City of Paris is delighted with this choice, which marks the beginning of a major transformation of both the Montparnasse Tower and the city itself,” added Jean-Louis Missika, deputy mayor of Paris for urban planning, architecture, attractiveness, economic development and the Greater Paris (Grand Paris) initiatives.

“Nouvelle AOM's project is perfectly aligned with our architectural vision: resolutely focused on uses, kind to the environment and exemplary in terms of energy efficiency. The consortium's subtle architectural intent will allow the Tower to recapture the hearts of the people of Paris.”

The consortium of Nouvelle AOM (Nouvelle Agence pour l’Opération Maine-Montparnasse) was established to take on this project, consisting of three Paris-based firms working collaboratively: Franklin Azzi Architecture, Chartier Dalix Architectes and Hardel et le Behan Architectes. Their design breaks down the vertical focus of the original tower, replacing it with an emphasis on more approachable horizontal elements. A new facade will transform the atmosphere of the building, replacing opaque surfaces with transparent ones.

"When we took up the challenge of this exciting competition, our focus was on revealing the beauty of the Tour Montparnasse from the inside out. We achieved this by incorporating radically new uses and crafting a complete sustainable 'green' makeover of the facade. The aim is to make the Tower an icon of the 21st century energy revolution," explains Nouvelle AOM.

The €300 million project,, financed entirely by the tower's co-owners, is scheduled to be completed in time for the 2024 Olympic Games in Paris. 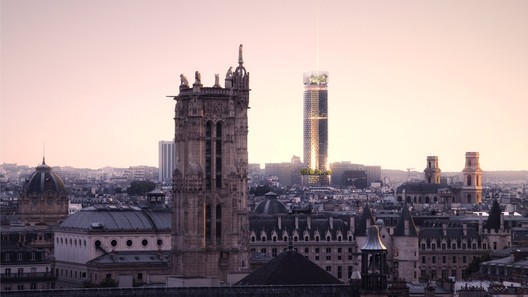