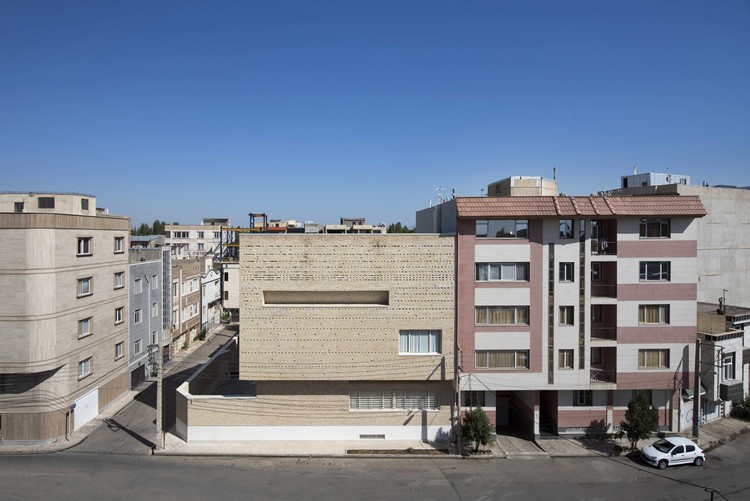 “House”, in the contemporary city, in the din of closely-knit apartment buildings and in the grimace of distantly arranged villas, has been reduced to the status of a mere suffix. We converted the land of the “One-None-Stone” Project into a house to bring the suffix to the fore in order to turn the architectural tale into a narrative of space. The opened inner space, light and continuity became the pivot of the narrative and the plastic characters of matter and material found their way into the dynamic of space.

The stairway became the protagonist of the narrative, and the courtyard its beloved. The beloved fled upwards, and the step, brick by brick cut through spaces to finally fling itself into its beloved's lap. Path joins to edge, edge to mass, mass to void and void to threshold so that the “House” could shout its story from part to whole. Cut bricks, open and closed holes, wind towers-like chamfered roof, sky-facing  unoverlooked balconies, continuous internal and external voids, and the space of the basement garden, all these create the story of the One-None-Stone house.

The Seljuki architects of Soltaniyeh dome had freed the brick from the oppression of design, a masterpiece architecture near the One-None-Stone house that did not become stoneless due to lack of stones. Freed from design, the house ran to embrace the brick, pure and simple. We are not the real narrators of the story; the One-None-Stone itself found its way into our minds and that of our employer and started whispering gently in our ears thereafter.

The contemporary city, seething with noise, leaves no room for gentle whispers, but it's still the whisper that turns city into house. 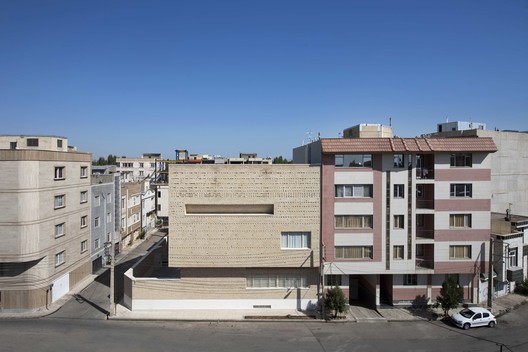