Hyperloop One has announced the 10 winners of its Hyperloop One Global Challenge, which sought to identify the most impactful potential Hyperloop routes across the globe. From hundreds of applicants, 10 systems located in 5 different countries were selected by a panel of experts from fields of infrastructure, technology and transportation as the strongest.

The ten routes are:

Team: The Rocky Mountain Hyperloop team is led by the Colorado Department of Transportation with support from AECOM and agency partners at the City and County of Denver, Denver International Airport, and the City of Greeley.

Team: The AECOM India team is led by AECOM.

Team: The Hyperloop India team is an Indian mobility startup working on an on-demand direct-to-destination public transit solution called Project TapRoute, that aims to reinvent public transit in India. The team originated in 2016, the first and only Indian team that was selected to build and test India's first scalable Hyperloop pod prototype at the SpaceX Hyperloop track in Hawthorne, CA. They are a multi-stakeholder consortium of academic and researchers from top engineering, business and design schools of India - namely BITS Pilani, IIMA, ISB, NID - collaborating with transportation, logistics and infrastructure experts from organizations like RITES, NITI Aayog, WRI and Bangalore Metro.

Team: Team HypED is led by University of Edinburgh student, Adam Anyszewski, with a team of fifty university students with backgrounds in engineering, business and law.

Team: The Mexloop team is a collaboration among representatives from Fernando Romero’s firm FR-EE and engineering firms Arup and Sener. This route has attracted public-sector support from various tiers of the Mexican government at the federal, state and city levels including Mexico Transport and Communications Ministry, Pro Mexico (Commercial Development Agency), LabCDMX (Mexico City’s innovation agency), FerroMex (Railroad Network Operator), Mexican Institute of Infrastructure Development, and support from every city included in the proposal.

Team: The HyperCan team is led by AECOM Canada.

Hyperloop One will now work closely with each team to further develop their proposals, predicting ridership totals and calculating the economic benefits of each system. A feasibility study for the Colorado route has already been announced by the Colorado Department of Transportation in partnership with Hyperloop One and with support from AECOM.

Read more about the challenge, here. 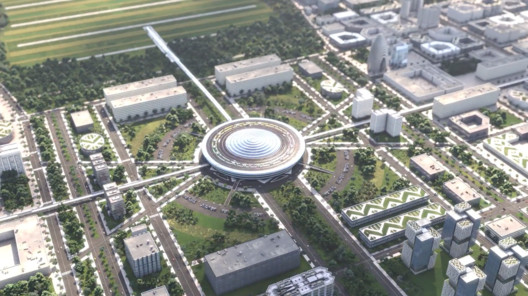