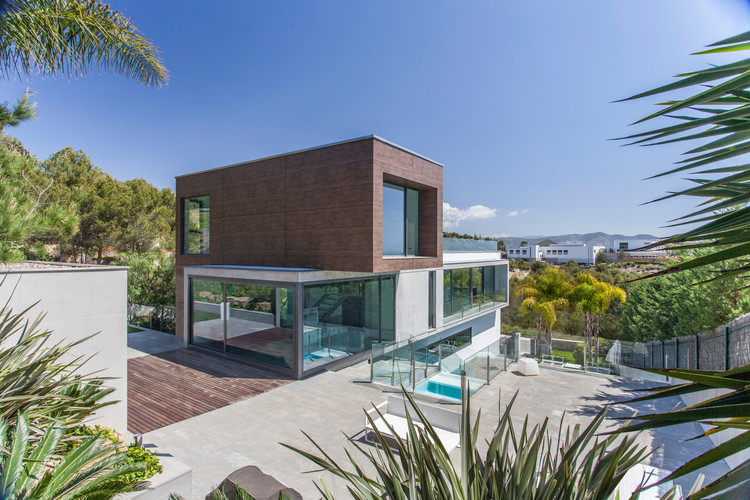 Text description provided by the architects. The site is located in an urban residential low-density area surrounded by natural green areas near the sea. A large part of this sector is composed of plots with significant slopes. The observation of the site and immediate surroundings and distant highlighted that most of the houses that were built or being built in the area followed the same premise: place it in the top of plot - filling the land where the buildings are located, through the widest possible cross-volume, leaving the rest of the site as a garden with difficult use and difficult relationship with the living spaces. Resulting in a disproportionately large number of houses, that is not integrated with the environment.

Based on the consideration described above, arose from the premise that the architecture of the house was designed to have the desire to become part of the landscape of the place while achieving proper integration into the natural environment that surrounds it.

And if possible, even the steep slope that had the lot, that the different areas that make up the project in one way or another could have a relationship or visual contact with the terrain. So instead of embankments became an adaptation smooth surface, at different levels, so most of the space not built the site was useful and could participate and be part of the project with a role equivalent to that of the building.

Regarding the project, we renounced to put housing on top of the site and proposed implementation of the adaptive type of steep terrain offered plot by defining and adopting different levels comprising topographic outdoor spaces; in order to make them useful and to enable their relationship with the interior spaces.

With this decision, instead of proposing a cross-sectional width volume, we proposed a longitudinal volume where the last level of the building is located one floor below the almost the surrounding buildings. Thus, originals existing trees are preserved on the site and results in a simple shape constructed volume, less aggressive with the environment and that wants to be an architecture that inhabits the landscape. That is, the building is introduced respectfully.

The house articulates its spatial structure through vertical core communications and the main body that acts as a container of activities that arise auxiliary bodies or service, in a coordinated and participatory way. The semi-underground plant contains the car park, the area of health and storage spaces and facilities. 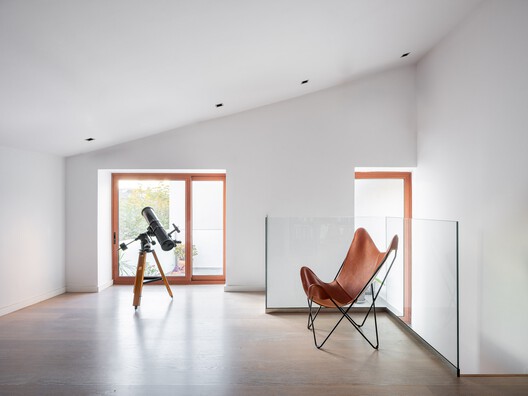