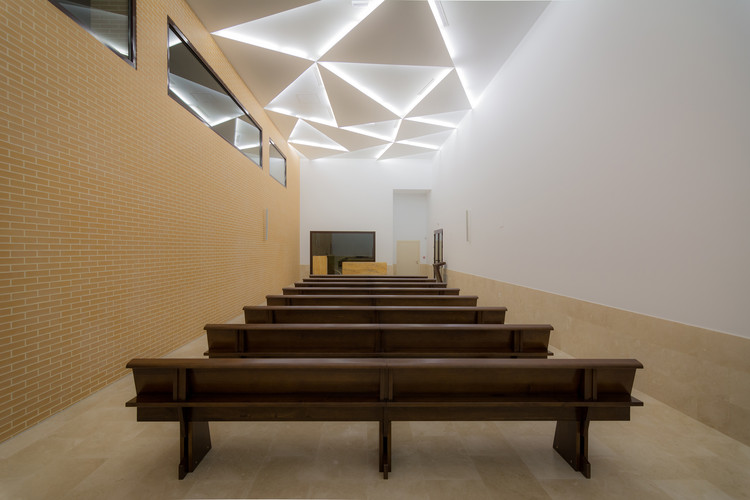 Text description provided by the architects. The Monóvar Funeral Home is located on a plot in the northeast part of the village. The plot, of approximately 6,000 square meters, has an irregular geometry limited in its south boundary by the road that gives access to the building, and in the north boundary by a natural slope.

This slope was what made us open the holes on the east facade, strengthen the views of the open space, and locating in this part of the building, the common areas. This also made us rethink the building as part of the slope itself: a massive structure whose geometry and materials were integrated into the environment.

The use of the brick, the lattice in facade, the interior courtyards and the indirect accesses reinforce the interior privacy of the building.

The building, based on the previous conditions, is considered as two volumes displaced longitudinally between them, among which are rips and courtyards that enrich the interior spaces, provide natural light and break with the massiveness of the facade. The program of the building is structured in three main spaces: common areas, vigil-rooms, and spaces of service and administration. The building is developed on the ground floor, with heights of 7 and 5 meters.

The chapel is the singular element of the project, which has a brick lattice on the south-west façade where the wall is dematerialized from bottom to top, referring to the process of death, which goes from the material to the ethereal, from the physical to the spiritual. This effect is strengthened at night, when from the exterior of the building you see the effect generated by the light coming out through these holes.

The second element we developed in the chapel is a defragmented ceiling. If in the whole Project the design is based on straight and perpendicular lines, perfect volumes and pure geometries, this ceiling appears as a rupture with this order starting a chaotic one. 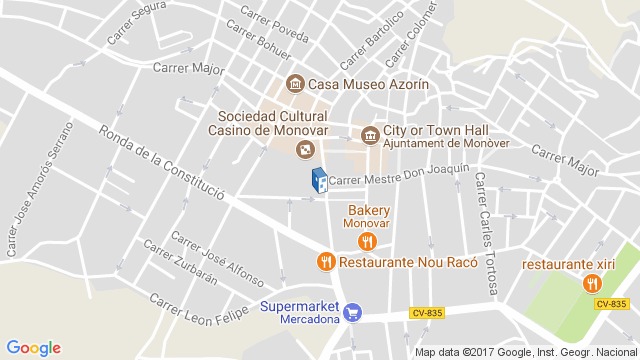