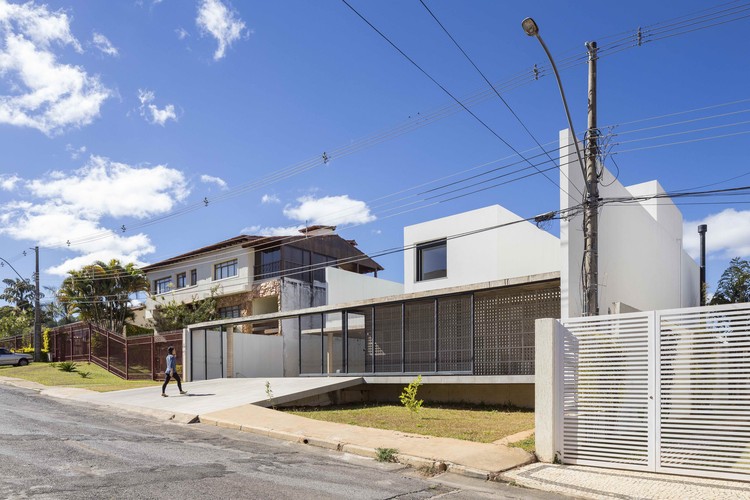 Text description provided by the architects. The Franca House is located in na urban plot in one of the residential areas in Brasília, Brazil, called Lago Norte (North Lake). Here the recent low in the rent prices and the estabilization in the prices of the land have favoured a change in the neighborhood´s dwellers profile. The settlement of young families with children besides the occupation of the houses by new residential programs such as student shared houses have increased the density of inhabitants. In our view this transformation creates a new opportunity to reactivate the idea of the house as an extension of the city and vice-versa, which is a way of seeing the public space that was usual for the families that lived there in decades before. Therefore the fundamental idea of the project was to create a strong possibility of connection between the public space (the street) and the private space (the house).

The sliding access gate is transparent and it is built with a steel mesh attached to a thin steel frame, all painted in black. It can be completely open together with the lateral opening gate, leaving the internal floor completely connected to the street through the ramp. The sanded natural stone that was used in the ramp connects to the concrete floor of the public walkway, creating a continuous surface. Most part of the ground floor is set up in only one space that contains the uses of the living room, dinner table and kitchen. It´s a space that is characterized by the exposed concrete of the structure of the upper floor (which makes the ceiling of the ground floor), its circular columns and the transparent window frames that allow an open visual connection between the public space and the backyard. In this mostly transparent part of the house the exposed structure doesn´t hide the imperfections that are inherent to its construction, leaving behind the marks that were left by the concrete molds in opposition to the uniform surfaces with few openings of the white volumes on the first floor and part of the ground floor. These volumes conform the part of the program that had a bigger need for privacy or solar protection such as: bedrooms, bathrooms and service rooms.

Two terraces were created on the first floor. One is open to the street and the backyard, besides being visually connected to the living room though a window/bench that opens to a double-height central void. The second one is private and it is directly connected to the bigger bedroom. The stretching of the lateral walls aims to create shade on the terraces and to protect the interiors from unwanted views from the neighboring houses. 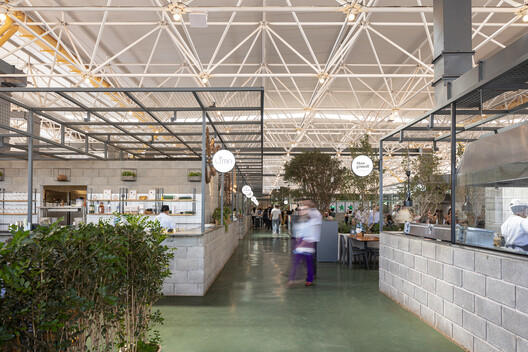