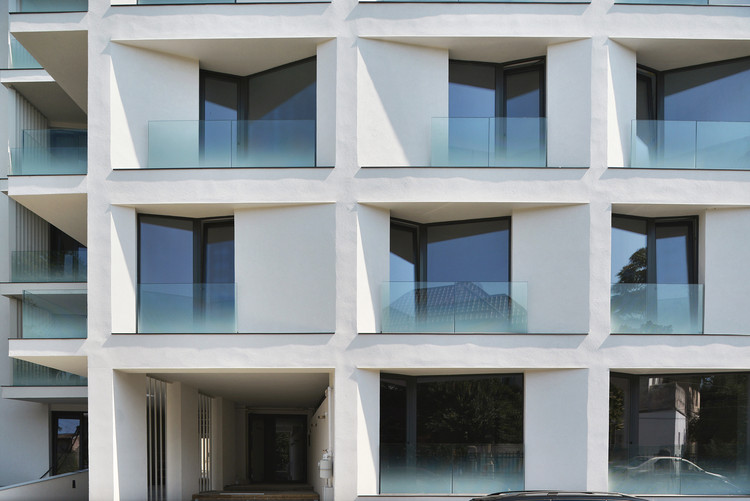 Text description provided by the architects. The building in Ostașilor 8 is located in a diffuse, traditional urban fabric of central Bucharest, in which the urban architectural, historical values and the natural environment are protected in their entirety, street texture and built environment alike.

The area has a high living standard and a scenic air and is located at the convergence of neighborhoods with diametrically opposite characters. On the one hand, the limits of the old city center and Cișmigiu Gardens (historically the oldest designed park in Bucharest) point towards a moderate, maybe nostalgic approach, on the other, the proximity of the new and controversial Uranus Boulevard, whose inception has caused a stir due to demolitions of old, derelict areas, pushes towards the exuberance inherent to any beginning.

Taking the architectural standards into consideration, the building had to respond to a brief imposed by the investors whose criteria were first and foremost economically and pragmatically driven.

Thus, following an extensive urban study which elaborated a set of guidelines to which the building had to comply, the remaining task was to analyze the existing qualities of the contextural surroundings, as well as its potential. After the decantation process, the concept, a lucid and urbanistically liable design which had to be valid for the investor as well as the architect emerged.

Our architectural response takes the pragmatic requests of the client into account, tries to be economically rational, without negating the contextual qualities or being blindly conforming.  We bring a modern interpretation to the existing built environment, wishing that the new volume enters a natural dialogue with the existent, evading relationships like subordination/oppression or antagonism/mimetism.

Negotiating the urban requirements and the particular vicinities, the mixture of large volumes (ground floor and 6 stories) aligned to a medium sized street, the building takes on one of the themes of modernist architecture, the terraced volumetric.

The building successively retracts from the street alignment while the height rises towards the opening facing Cobălcescu Boulevard, maintaining therefore the height regime of adjacent buildings and erecting as much as the investment is viable.

The building must find its place between strict boundaries - the blind walls of the two neighboring buildings, the street alignment that must be obeyed, and the receding floor rule – thus preserving the natural illumination of interior spaces becomes the main challenge.  Which functions can be completely deprived of natural light, what is the minimum light level to create a pleasing atmosphere in the habitable spaces and how do spaces invaded by light have to be configured, remained questions to be answered by the design.

The chosen floor structure is a concrete flat slab sustained by a minimum of concrete pillars which allows for generous areas liberated from structural constraints in a seismically active country; thus the stories become open plans allowing variation in apartment typologies or scenarios of use - minimal or generous apartments, corner apartments or double orientation apartments.

Any intrinsically decorative finishes or textures are forgone. Clean, white surfaces, glass and matte metal are preferred to sustain a sculptural volume and the graphic character of its small units -- the Juliet balconies are folded inwards and become small loggias that create a rhythmic façade; the metallic separators between private spaces are extruded and become hard boundaries, the glass railings have a controlled transparency and paint a soft gradient on the façade through the screen-printed dotting, the metallic blinds separating the superior floors trace fine shadowed lines on the recessed terraces. 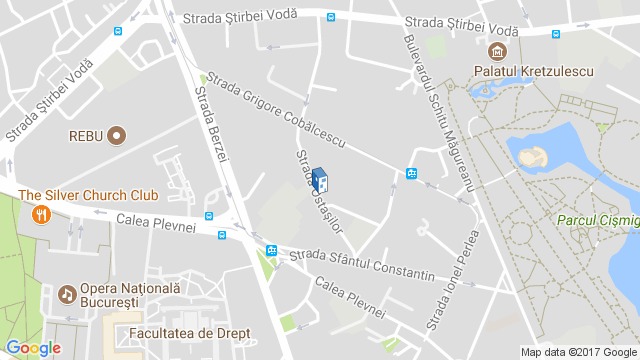 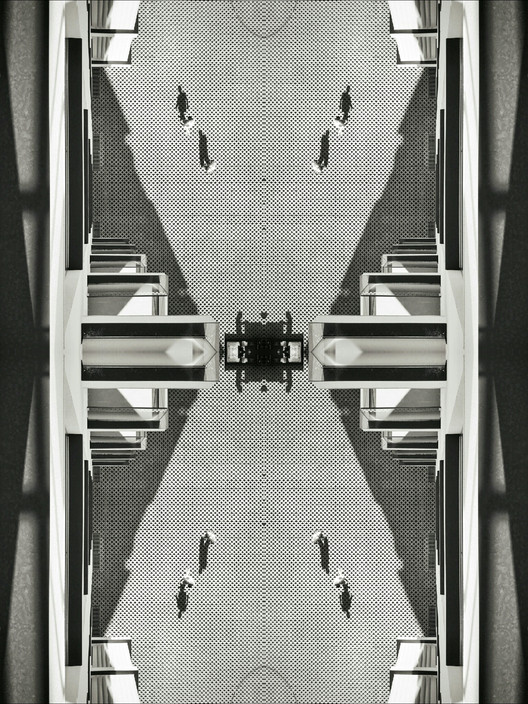 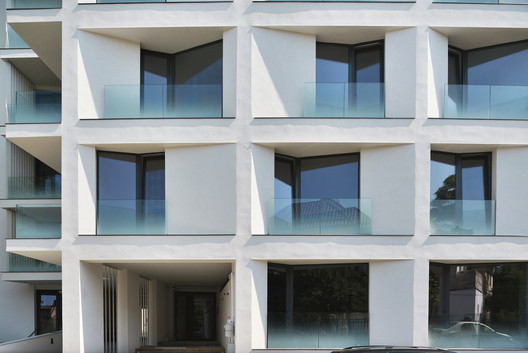