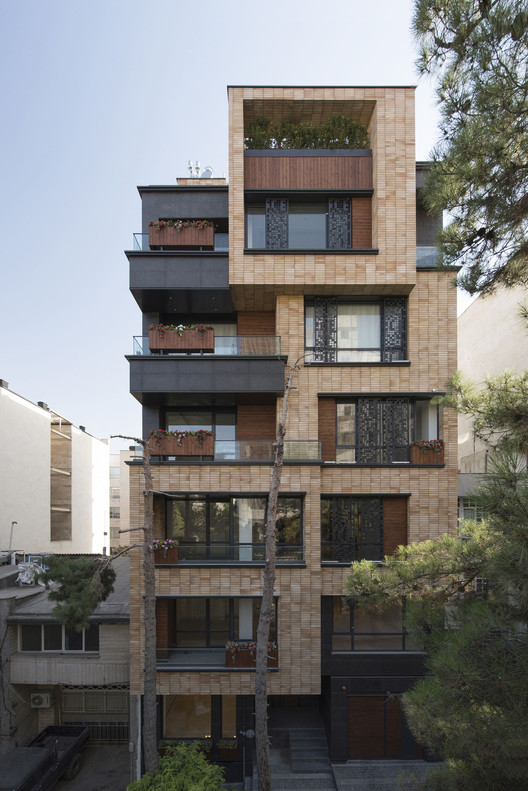 Text description provided by the architects. Architecture as the art of creating space, in addition to the task of providing the needs of its inhabitants, has always sought to create connections with its environment and considering the role of buildings in the formation of cities, the importance of architecture and the intelligent design of buildings in the context of contemporary cities, will be significant.

The residential building of Boostan is located on an area of 450 square meters and on the south side of one of the central streets of Tehran. Among the characteristics of this street are the presence of numerous trees, as well as a significant longitudinal slope from the west to the east of the street. The main structure of the project is attention to Iranian architecture and harmony with the adjacent urban fabric, as well as the extension of urban green space on the project's facade and its connection to the roof garden.

In order to conform the architecture of the building with the noble Persian architecture, in designing the project's facade, elements such as brick as the main structure of the facade, wood and metal sunshade with CNC cutting for light control and spatial privacy were utilized.

In the following, the building form was constructed as a result of the susceptibility from the environmental impacts such as the slope of the street and the trees around the building. In order to establish a link between the urban green space and the green roof of the project, the main facade of the building obtain a dynamic shape by creating a hierarchical sequence of brick volumes through the use of green balconies and its extension to the roof.

Another significant point in this project is the planning of micro scale elements in different parts of the project, which has been considered in terms of the Iranian lifestyle both in the facade and in the interior architecture of the project.

In fact, the elements of the facade are not separated from the interior space but act as part of that. In other words, by putting aside the facade and entering the project, the use of compatible materials, both inside and outside the project, is clearly visible.

Finally, the patio design, unlike many similar projects, has been carried out dynamically and vividly, not as an abandoned and unimportant space but as an essential component of the space, resulting in an increased quality of the interior space of the project including the kitchen, living room and bedrooms. 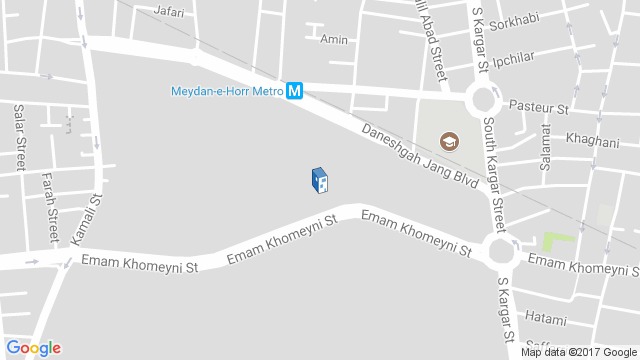