MVRDV has broken ground on “Valley” (previously known as P15 Ravel Plaza), a 75,000-square-meter mixed-use building located within the Zuidas business district of Amsterdam. Featuring residential units, offices, parking, a sky bar and retail and cultural space, the building will inject a sense of life and excitement into the neighborhood, transforming the district into a more varied and liveable urban quarter. 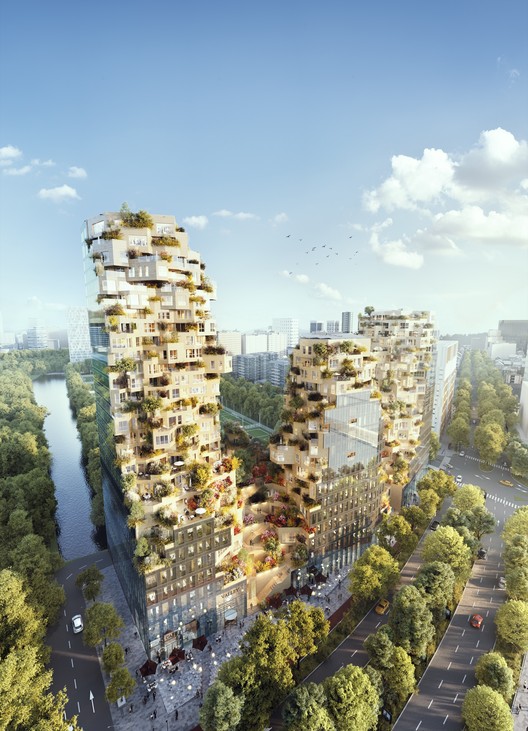 The project takes the form of green-terraced stacked boxed that rise to three peaks of different heights, the tallest capping out at 100 meters with the two-story Sky Bar. These residential towers sit on top of a publicly-accessible plinth, where a pedestrian path runs from street level up along terraced roof gardens to the central valley area on the 4th and 5th floors that features a year-round landscape designed by Piet Oudolf.

Clad in a carved natural stone facade, the form has been parametrically designed to allow sunlight to penetrate throughout all of the complex’s 196 apartments, all of which feature a unique floor plan. Driven by the concept of transition between the existing business typologies and the new mixed-use structure, MVRDV set out to create an outward looking structure that was both respectful of its neighbors and boldly innovative.

“By placing the residential volumes on top of the multifunctional plinth and pushing them to the very edge of the envelope, the resulting volume reads as one single entity. In mirroring the corporate surroundings through its reflective exterior façade, the design acknowledges its corporate heritage and visually connects to its immediate neighbours,” explain MVRDV. “In direct contrast to this, the inner façade is defined by a series of rugged, stone terraces with large planters, covering the building in vegetation and bringing a sense of human scale to the volume. Through this opposing treatment of the facades, the duality of the resulting volume, which is reminiscent of a carved out block, is expressed: The corporate vs the residential. The XL vs the human scale.

“Valley combines residential apartments with a green environment that offers panoramic views of Amsterdam,” added Winy Maas, MVRDV co-founder. “A lively plinth offering a range of commercial activities has some offices above and is topped finally with residences. The carving out of the resulting block ensures that it becomes less introverted than existing buildings in the Zuidas. There will be many terraces, both private and public, filled with people, flowers, plants and outdoor seating.”

With construction now underway, the project aiming toward a BREEAM-NL Excellent rating for sustainability upon completion in 2021. 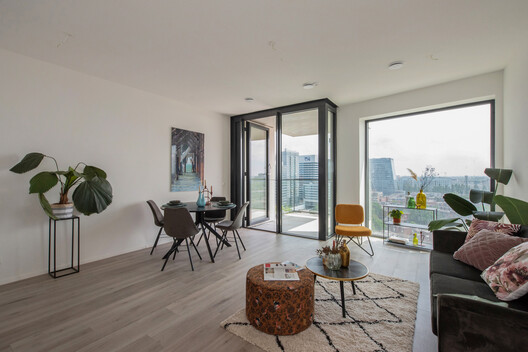