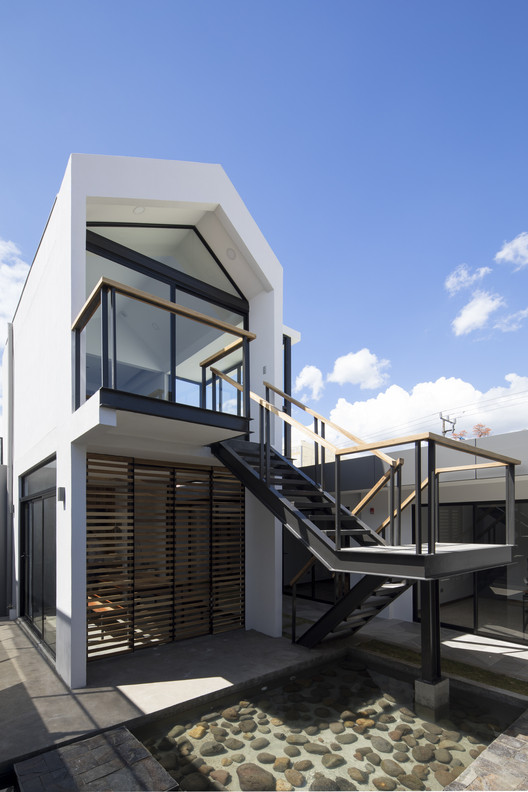 Text description provided by the architects. From the start we knew that this Project had an important value for the owners since they have lived and grew there during 30 years; after this period the house was left to deterioration and abandonment.

The scope of the project aims to reinterpret the façade completely, rehabilitate the interiors, create a dinning/social module in a backyard and most important create a link between the existing spaces and the new proposal. It is here where boundaries meet and negotiate the decisions of respecting the current volumes of the building, so we can make a statement about the architectural memory that directed the first traces in the design process.

The new façade is composed by two pure volumes, one like a black box is used for the meeting room and the other more permeable where the offices are located; the parquet floors and the terrazzo tiling original from the 1970´s were completely restored, evidencing the value of time through contrast.

Beyond the materiality and the tangible, it’s important to recall that the proposal seeks to generate a spatial experience that generates an identification with the past, a kind of back drop that makes a natural rebirth of a building into its new life. 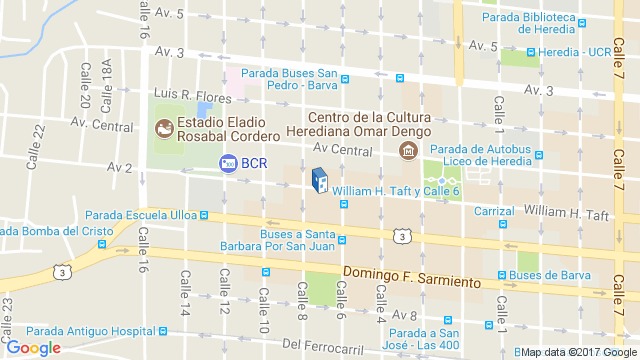