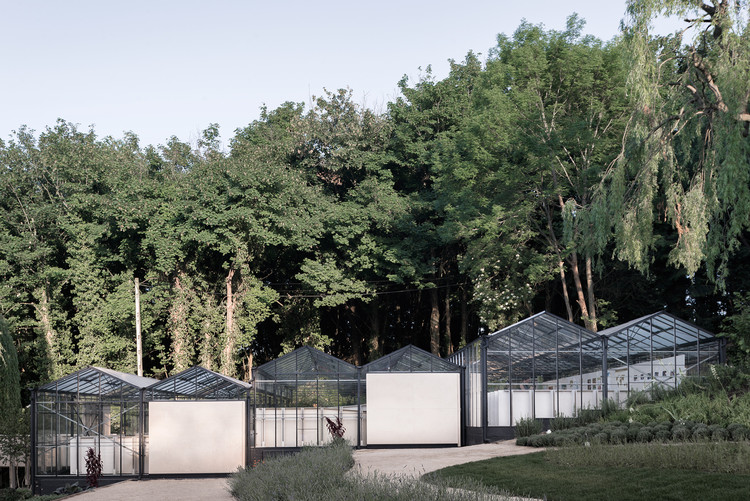 Text description provided by the architects. HASA Architects has completed works to transform a derelict horticultural glasshouse at Highgate Bowl in North London into a new event space. The project, inspired by the frame and construction of the original building, explores the possibilities of this forgotten piece of the city by bringing it back into use through a series of small-scale interventions. These sensitive interventions take the form of new external and internal pathways, as well as rooms and furniture pieces that guide visitors through the large open bays of the glasshouse while framing views of the surrounding landscape and Bowl beyond.

The practice visited the site in January 2017 and set about devising a proposal that would result in the restoration of the derelict glasshouse, creating a versatile event space that could be used for a range of activities including exhibitions and performances. They presented their vision for the glasshouse to the client in February 2017 convincing them of the site’s potential and work began shortly thereafter.

The design’s plywood skin creates a folded landscape that is inspired by the original structure’s frame and panel construction. The new pathways, rooms and furniture pieces are designed in a modular configuration to negotiate the change in levels between each bay and provide separation between visitors and the fragile glass outer skin.

Birch plywood, finished in a white Osmo oil, is used to form the new platform and joinery components. The original sliding doors are replaced with new plywood doors with oversized handles that mimic the structural fins that form the sides to the platform. The use of one material throughout creates continuity and reinforces the connection between each bay while the light tone of the plywood finish offers a subtle contrast against the glasshouse and the landscape. To provide contrast, the application of a dark finish is applied to the existing structure creating a distinction between old and new.

To ensure completion by the opening of the Chelsea Flower Show in May, the detail design was developed using physical models and 1:1 mock-ups of the structural elements. The works were carried out on site within a 6-week period, phased into three separate packages: i) restoration to the glasshouse; ii) application of protective film to the glass; and iii) installation of the joinery elements.

The plywood components were manufactured off site using CNC (computer numerical control) cutting services and assembled within a 10-day period. The white Osmo oil was applied to the wood once the components were on site to ensure consistency throughout the structure. 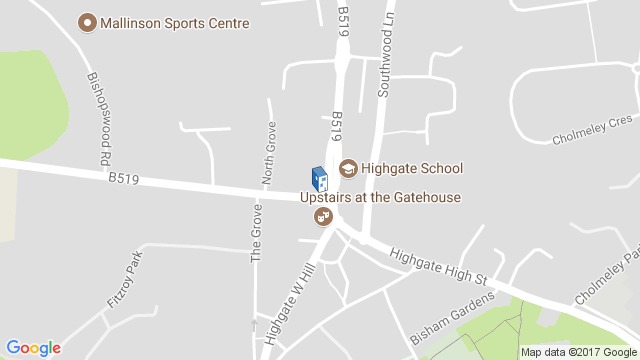 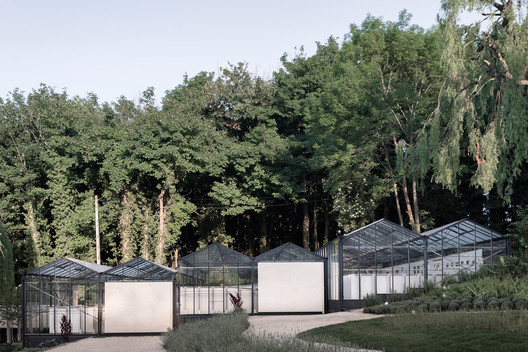