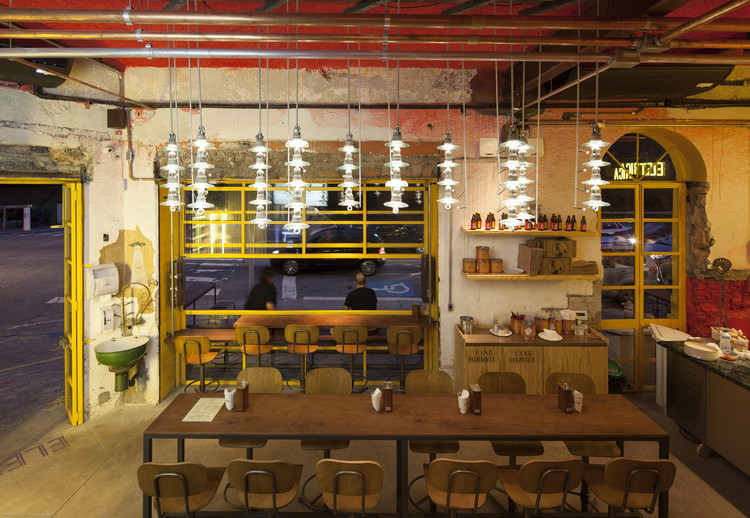 Text description provided by the architects. The “Companhia Tradicional de Comércio” company inaugurates a new house in São Paulo, called Bráz Elettrica. For architecture, the group - a reference to the quality of their houses - sought a language and aesthetics to dialogue with an audience willing to try the pizza in a less pretentious way than is normally consumed in great pizzerias of the city.

Sponsored by Anthony Falco, a pizza maker who made history at New York's bustling Roberta's, the house serves, from lunch until late in the evening, individual light-weight disks baked in a Neapolitan electric oven, fit to eat with your hands.

Mobility, practicality, and functionality were fundamental for designing the project. The Italian brand oven, the heart of the business, would already come on wheels to facilitate its movement. Refrigerators, counters, and boxes were also designed following the same concept.

The project sought a layout for optimization and fast flow of service. When you enter, you soon pick out the drinks and desserts, and in the cashier, you pick and pay for the pizza, which is picked directly at the counter. The bathroom can be accessed from the outside of the pizzeria: an internal button, triggered by the box, opens the door for customers.

All in green tile and with an illustration on the lining, its configuration allowed the project to gain more internal space and, at the same time, a smaller flow generated by the use of the WC. The mixture of various metal alloys in coatings and electrical installations alludes to electrically conductive materials, copper being the most efficient of them, it appears in the form of pipes from that network to the furnace, which is also copper coated.

In the area where the pizza is prepared, on the stainless steel counter, a white stone of holy spirit gives the finish requested by the pizzaiolos as the best material for handling the pasta. In the finishing and delivery area for the customer, the Alpi green marble top resembles Malachite, a mineral from which copper is obtained, among others. The lavatory area of trays in the salon, due to its hydraulic infrastructure, is the only fixed and was coated in white tablets to consolidate its aseptic appearance.

The concrete floor is sanded with the exposed aggregate, intended to withstand the great flow of people. The walls of the old house keep the marks of other reforms that took place there. The textures of the walls received various collages and cuts of characters and personalities eating pizza, among them David Bowie, Madonna, and Batman. Made of pine wood, the communal tables of the hall, in a light tone, contrast with the other materials.

The lighting, developed especially for the project, used high-voltage electric glass and ceramic parts and insulation and emphasizes the subject of electricity in a subtle and unusual way. The metal ladder and its guardrail refers to the structure of high-voltage towers. Upstairs, tables and sofas are available in different configurations. The pre-cooking kitchen is exposed through a window, behind a wall covered with pine wood and in this area, the roof shears are exposed. On both floors, a red acoustic coating of projected cellulose was used.

On the sidewalk, the adoption of flexible tables and bleachers that can be used in different configurations. The original façade of the house was maintained and painted in blue and yellow composing Bráz Elettrica's brand language. Located on a corner property of 140m2, with high ceilings, semi-demolished walls, community tables and two electric ovens in sight, the architectural party sought to impress an informal and unpretentious identity to the house. 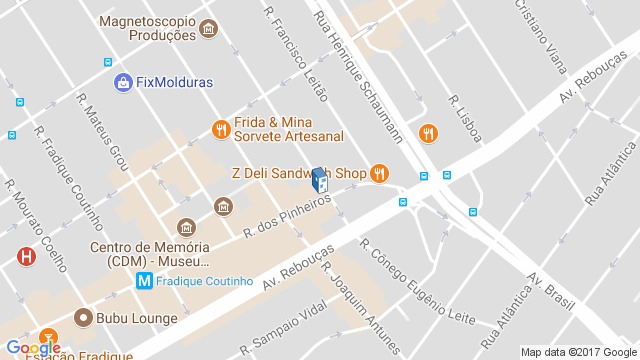