Oslo-based architecture firm Dark Arkitekter hopes to jumpstart the revitalization of the city’s cultural center with their proposed rehabilitation of the National Theatre and redevelopment of the surrounding public space. The government is currently planning to renovate the 118-year-old structure, but Dark Arkitekter was unimpressed with the minimal-effort plan and so put forth their design on behalf of the Theatre.

All other cultural institutions in the area have recently moved into new buildings, leaving only the Theatre behind in a space that has been inadequate since the beginning. The troubles have only increased with time and Dark Arkitekter’s plan addresses three major concerns: the building’s considerable maintenance needs, the underutilized and unsafe urban space surrounding the building, and the area required for the theater to be functional.

In the proposal, Dark Arkitekter would rehabilitate and upgrade the existing historic building to make it more accessible and functional, also adding meeting areas, a café, and a library. To avoid competing with the historic building, the remaining space needs for a modern theater would be met by expanding underground.

Above ground, the site design plans to open barriers and draw people in, creating a connection with the university and other major hubs. As the architect describes it, “[t]he entire site becomes a stage for urban life and theatrical performance, where the classical building plays the lead role.” 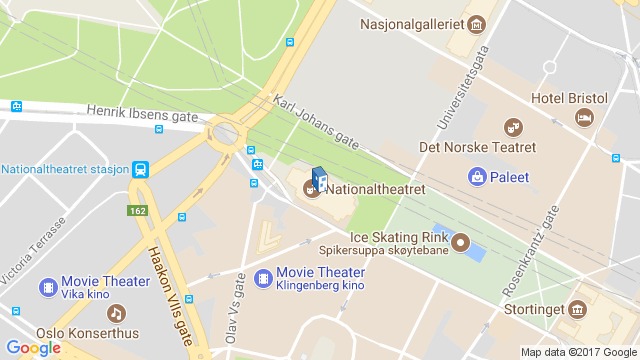 Location to be used only as a reference. It could indicate city/country but not exact address.
Share
Or
Copy
About this office
Dark Arkitekter
Office
••• 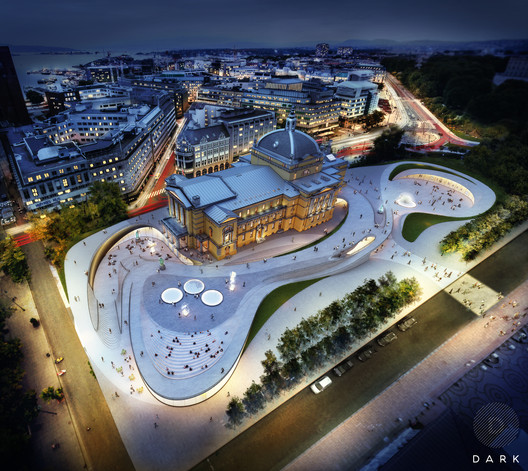