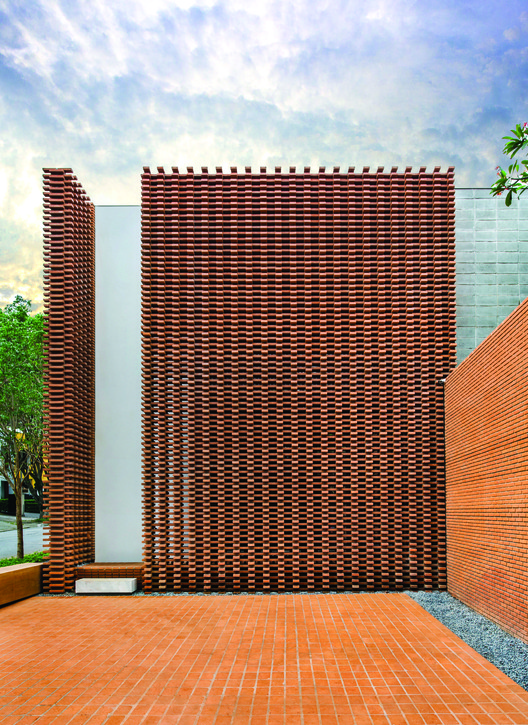 Text description provided by the architects. Studio Guilherme Torres is a company of talents, composed by his founder and by his enfant terribles – the architects Rafael Miliari and Enrico Beer Boimond, and managed by the luxury industry specialist, Debora Atsuko. It was founded in 2001 in the city of Londrina. Ten years later, it moved to São Paulo and, nowadays, is currently crossing an important renewal phase.

CONCEPT
This project was born in parallel with the renovation of the company’s framework. The main idea reflects the spirit of the 21st century, that is to be multidisciplinary and go beyond the architecture and design that Studio Guilherme Torres is already known for. Therefore, space was designed to allow new creations and projects.

STRUCTURE
"Architecture starts when you carefully put bricks together." This Mies van der Rohe quote points out the main element of the project, the brick. The façade was built with approximately 25 thousand bricks, creating a wide mosaic. This artistic and artisanal hollow structure is very characteristic of Guilherme Torres architecture and accomplishes his commitment to making a better and more beautiful city.

The building has two floors. The ground floor is composed by a gallery, designed to receive art expositions, and a meeting room, fulfilled by natural light during all day. The two spaces are divided by wooden pivoting doors. The second floor is where the team creates and works in the projects. The materials used – such as wooden floors, the marble and cork coated walls and the dark finishing for the furniture – brings contrast and elegance to the spaces.

As widely known, the city is the biggest metropolis of South America and concentrates the most important financial and corporate center of the country. It’s known by its concrete landscape, full of skyscrapers and buildings of mixed types and periods. 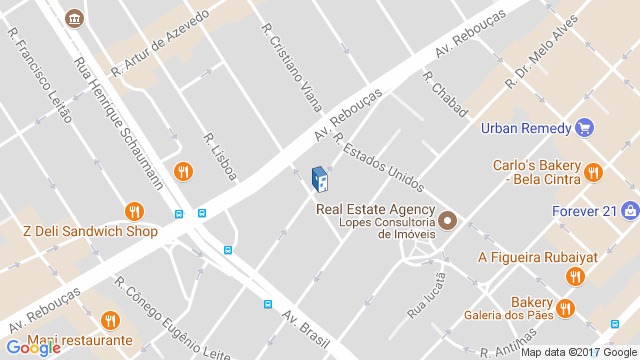 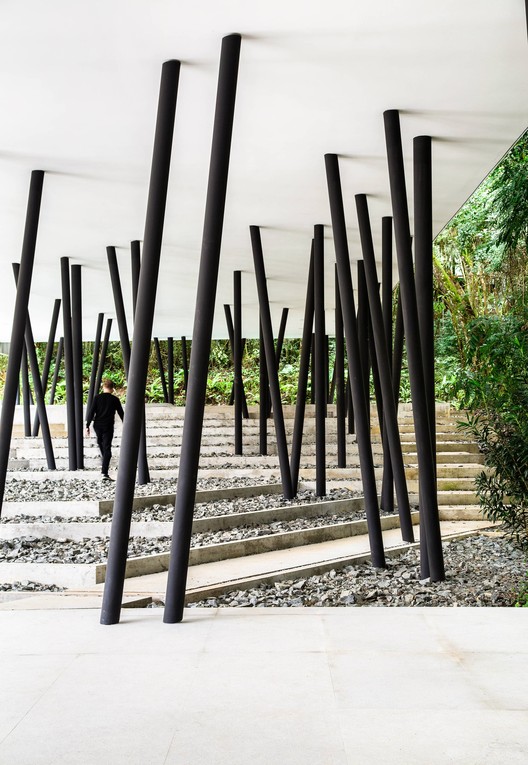