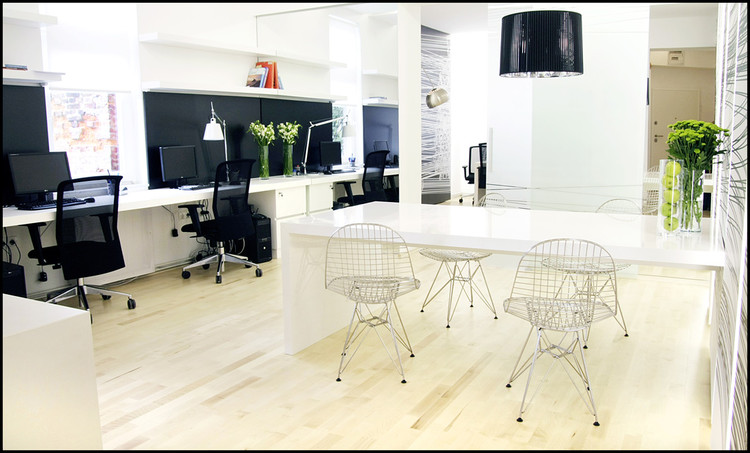 Text description provided by the architects. Office of the architectural design studio „Firma“ is situated in a converted apartment of an early 20th century building in Sarajevo (dating back from the Austro-Hungarian period). The studio's interior of cca 65 m2 comprises of two rooms an enfilade, and a small kitchen and toilette.

The principal design objectives were based on the idea to create a bright and „optimistic“ space, by employing white, reflective surfaces and mirrors, which both amplify natural lighting, and visually expand relatively small space.

Monochromatic color scheme (black and white) within the interior, provides a „neutral background“ for a working place such as an architectural office, but it also enables a high contrast with the window views - slates and bricks of the rooftops and chimneys of the neighboring buildings. 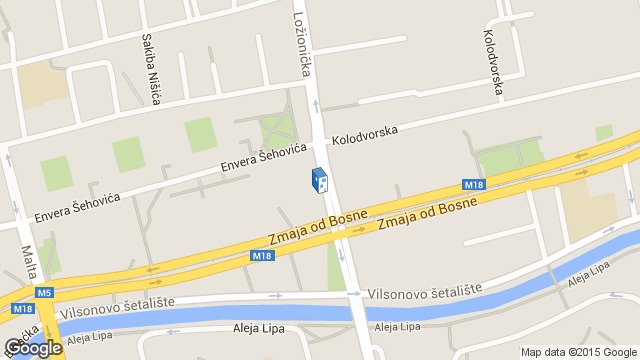 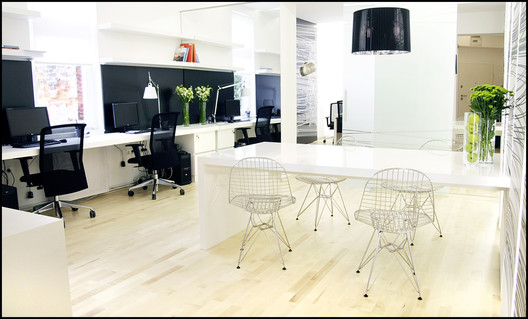