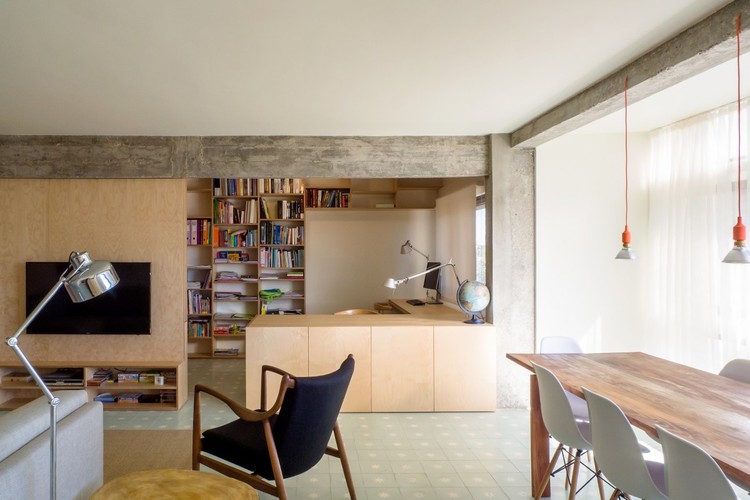 Text description provided by the architects. This apartment, built in the 80s, has problems that are typical of the architectural debilities of most of the portuguese housing buildings of the second half of the XX century: low ceilings throughout the house, subdivided spaces, long narrow kitchens, winding corridors and numerous protrusions of pillars and beams that reveal an unresolved conflict between structure and architecture.

The intervention seeks to reduce the usual sectioning between kitchen, hall, corridors and living room, creating a fluid space with large visual fields and richer possibilities of appropriation. The bedrooms maintain a private character and the toilets are redrawn so as to break the feeling of claustrophobia. Protruding structural elements of beams and pillars will have its concrete re-exposed, without shame, and together with the new wooden elements, will contribute to the new atmosphere of the apartment, reigniting the qualities and pleasure of living in an apartment, in a city. 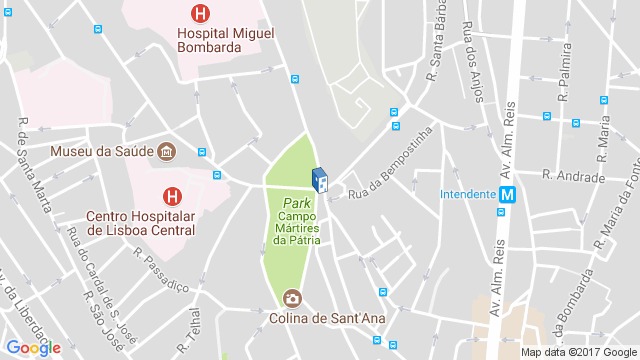