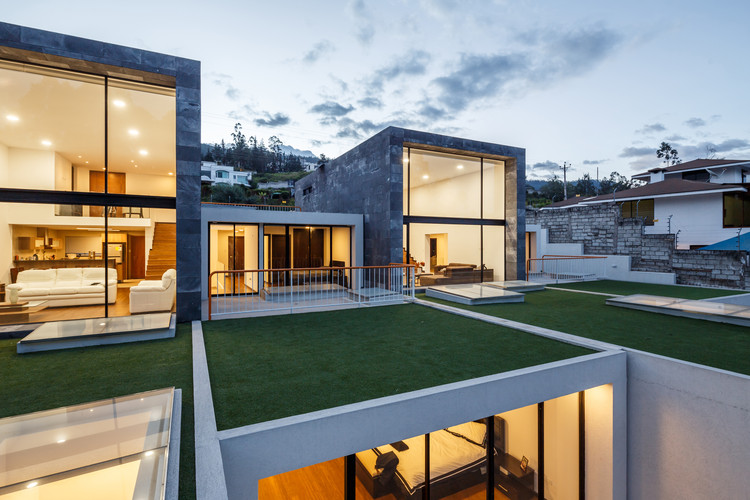 Text description provided by the architects. The concept of the project originates due to the physical parameters of the terrain - steep slope due to its location in the Cordillera de los Andes - and the client requirements of 4 single-family homes of 300 m2. An analysis is made both in section and plan of the plot where a collective project is conceived, interpreted by a series of volumes introduced in the ground with different heights and depths that generate terraced green areas at different levels, each one of the interior spaces has views of the forest to the front and access to the different terraces that are conjugated with the natural environment of the site.

All the volumes are projected as visors that have a direct relationship - visual and spatial - between interior and exterior spaces, achieving continuity between public, semi - public and private spaces. The served spaces are located towards the exterior due to the views, illumination and ventilation while the vertical circulations that connect these volumes are semi buried and illuminated from the roof, turning the project into a composition of lights and shadows in its inside, working the fifth facade as a main layer, within the programmatic system that generates different dynamics in its internal spaces.

Each house is made up of 3 volumes of different proportions which are located at different levels according to the internal activity and its pedestrian and vehicular entrances, breaking the internal monotony where the double height main volume contains public activities - with a mezzanine with semi public activities, and 2 simple height volumes for private activities. These volumes are connected by a main vertical core with a continuous circulation, which alternates to the other volume as it distributes the spaces.

The 12 volumes that make up the 4 houses are located strategically to adapt to the slope of the terrain but the use of these is overlapping in each body like a fabric, that is to say, the internal use is moving horizontally and vertically in the project generating both transverse and longitudinal views in the exterior and interior, transforming the built masses into a urban landscape. 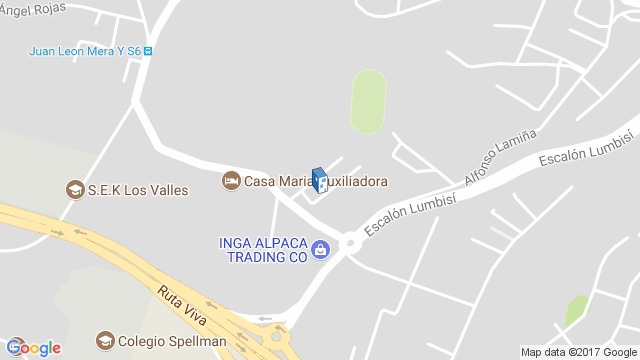 Location to be used only as a reference. It could indicate city/country but not exact address.
Share
Or
Copy
About this office
TEC Taller EC
Office
••• 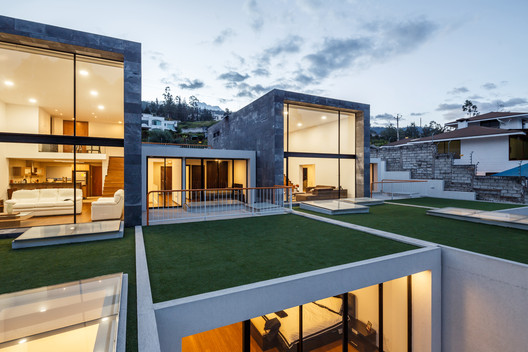