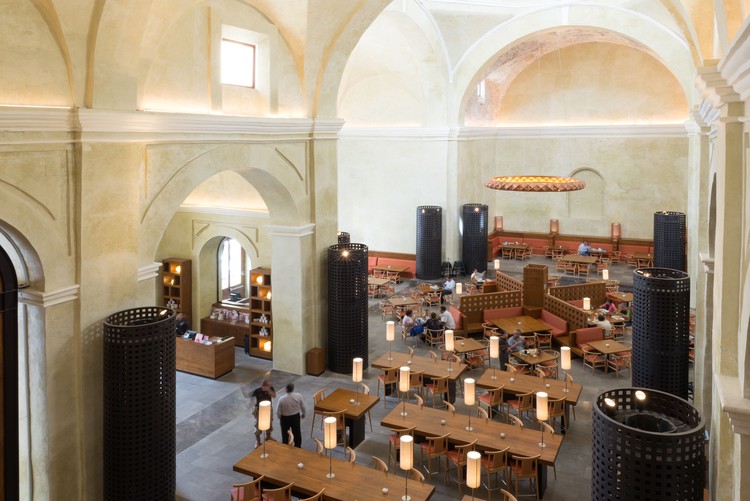 Text description provided by the architects. The building where this project was developed is located in the Historical Center area of the city of Veracruz, in the Eastern State of Mexico. The area is completely covered by the temple’s nave that formed part of the Santo Domingo Monastery, constructed in the XVII Century.

This Monastery was one of the rst that were established in Veracruz, with the arrival of the Dominican Order, and begun its construction in 1624, concluding in 1651. When President Benito Juárez launched the Reforma Laws, the complex became privately owned, and it was in 1857 when the warehouse “Casa Zaldo Hermanos” was founded. This local was in operation for more than 40 years. During the rst decade of the Twentieth Century, a building was erected where the main facade and atrium were located, leaving only the side facade untouched, where a half orange dome may be seen.

This building was afterwards used as a storage and parking area, and that is why some concrete structures were built on its internal perimeter, adding columns and beams that were anchored to the Temple’s original structure

The process to transform this building implied the collaboration of a restoration team, whose investigation work in the site provided valuable information for the decision making and project development process, as well as the discovery of architectural elements that were completely concealed, such as some windows in the facade and some mural paintings in its interior, which were rare in this geographical region.

For the restoration process, there was a close collaboration with INAH’s Center in Veracruz (INAH is the National Anthropology and History Institute), where some requirements were added to adapt the existing structure and infrastructure for a restaurant’s needs. This meant adding a vertical circulation structure to connect its different storeys, or having a false oor with its corresponding lling where all of the MEP installations were placed in order to maintain the building’s original structure.

The selection of materials was determined by various factors, where the climate features of the place, their resistance, and use for a restaurant were taken into consideration, as well as a respect for the historical background and primary use of the building. For the floor in all of the restaurant area, we used Santo Tomás marble in two different finishes, for the flooring and a valance border. This was taken as a reference of the monasteries in the central part of the country. The woodwork elements such as doors, windows, screens and furniture were made in teak, due to its resistance to Veracruz’s climate conditions, with a contemporary design, being respectful of the building. The finishing in walls was made with a subtle tone in its interiors, while the exteriors we used a warm tone according to the INAH’s standards.

Some of the structures were preserved for the restaurant, in order to reuse them as a complement of the service areas lodged in the ground floor. The structures found in the main nave were demolished where the eating area is located.

The project consists of a restaurant with the areas destined for tables, chairs, booths and service stations as well as the main access and vestibule, all of them located in the ground floor. All of the service areas are located in two levels, where the ones that require direct access from the street such as the kitchen with its immediate connection with the dining area are located on the ground floor, and the rest in another level. 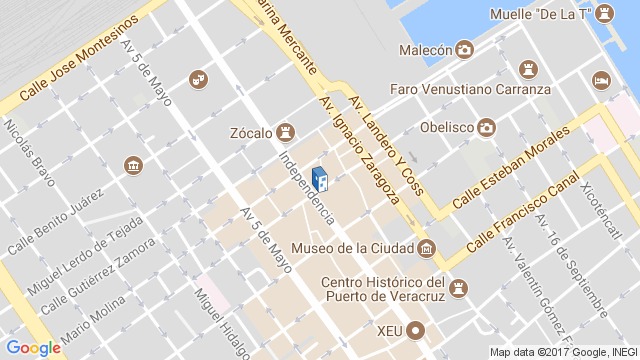